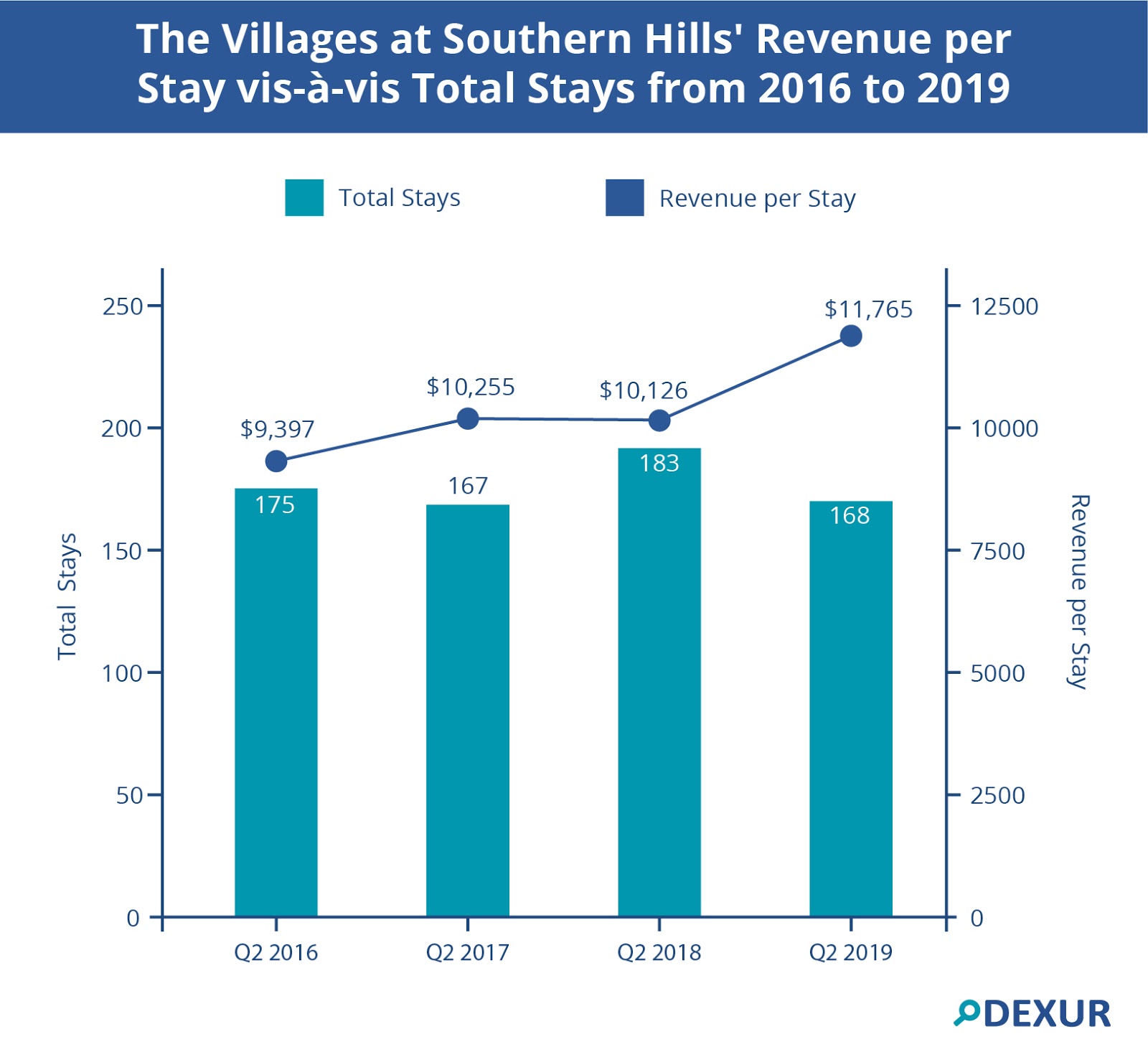 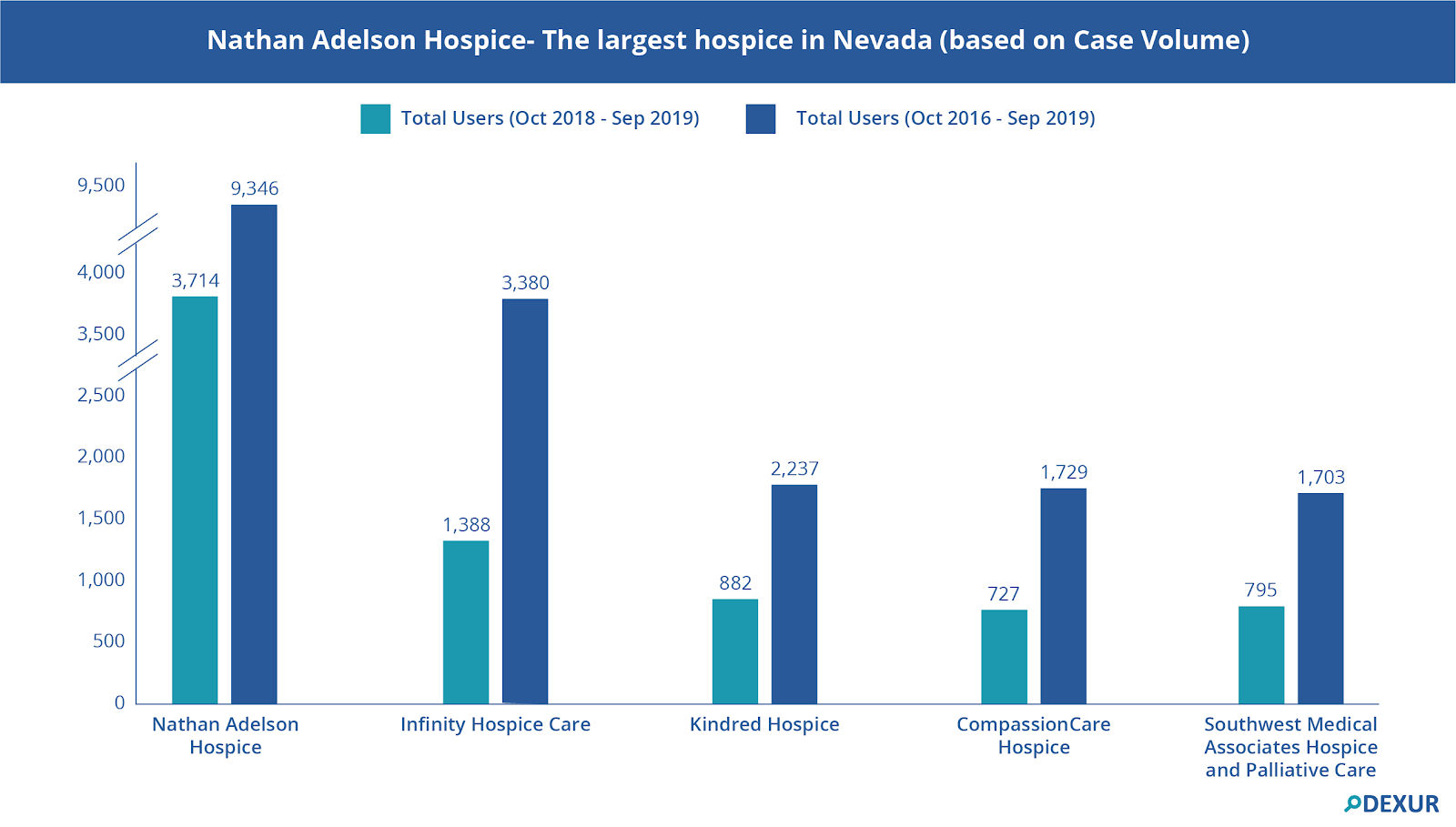 Dexur released a report, offering an in-depth analysis of the Medicare Claims data of the hospices based in Nevada from Oct 2016 to Sep 2019. It cataloged a list of the top hospices in the state based on case volume. During the timeframe in consideration, nationwide, the count of hospice users totaled to 3,668,179. The state total was 31,096, out of which, the Nathan Adelson Hospice, located in Swenson Street, Las Vegas, featured at the top of the list, recording a user count of 9,346 during the three years. 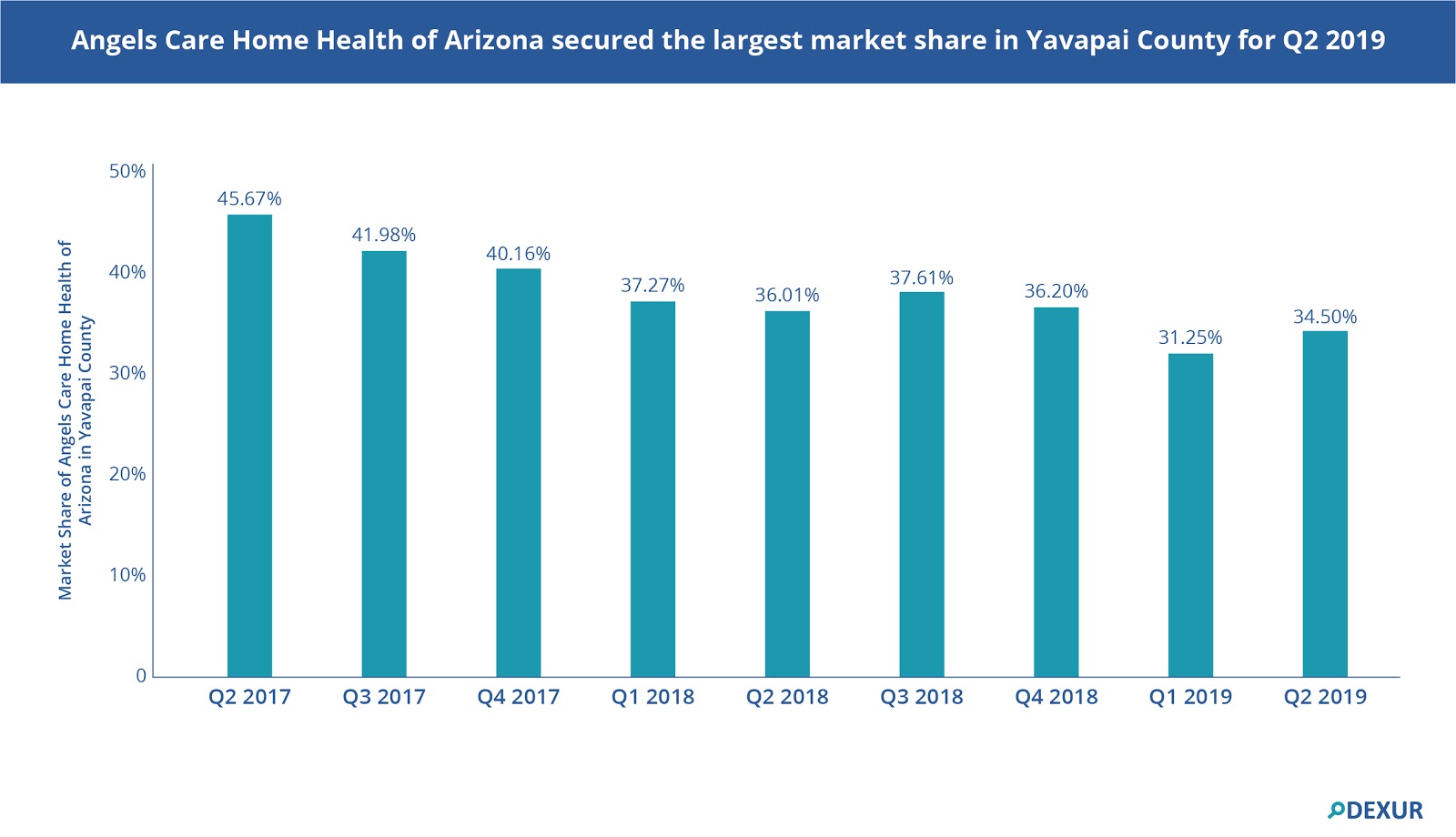 Dexur analyzed Medicare Claims data for the period between Q4 2016 and Q3 2019 and revealed that the total episode market share of Angels Care Home Health of Arizona in Yavapai County decreased by 11.17% in Q2 2019 when compared to that in Q2 2017. While the facility’s market share in the said county was 45.67% in Q2 2017, this had reduced to 34.50% in Q2 2019. As is evident from the graph, their market share saw a downward trend post-2017, till Q2 2018, when it reached 36.01%. Although this increased slightly by the next quarter, it again started decreasing post-Q4 2018 and fell to 31.25%. Despite this downward trend, Angels Care continued to hold the largest market share in Yavapai County as well as Coconino County. 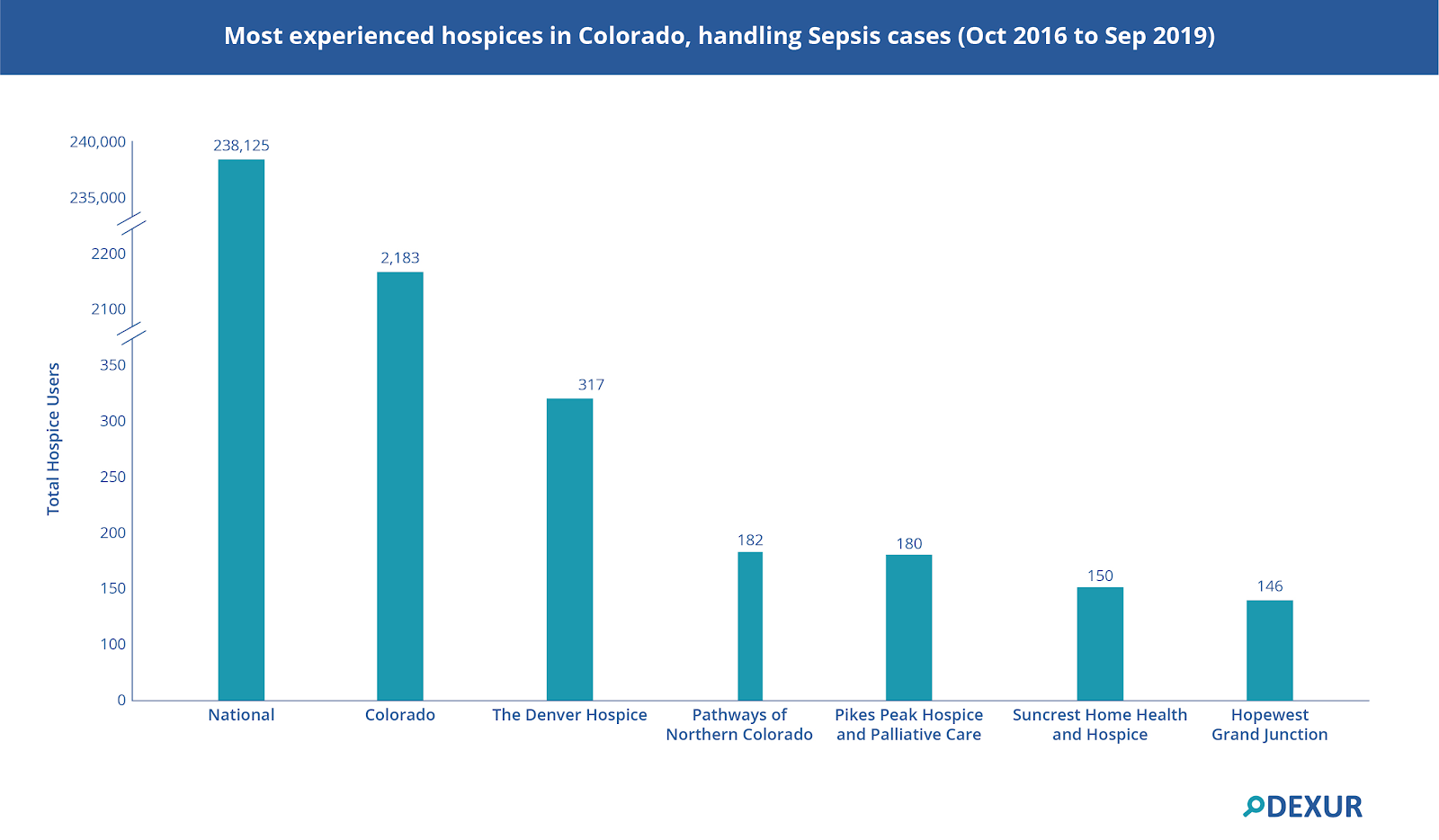 When a patient is diagnosed with severe progressive Sepsis, hospice care may be the best option to manage long-term symptoms, address pain, and support the patient and family. Medicare Claims data collected by Dexur revealed that from Oct 2016 to Sep 2019, hospices in the United States registered a count of 238,125 users diagnosed with Sepsis. This information will be helpful for patients suffering from a potentially rapid infection occurring late in the disease progress or in patients whose health is already unstable or compromised. Subsequently, it will enable conversations to identify their preferences for end-of-life care. 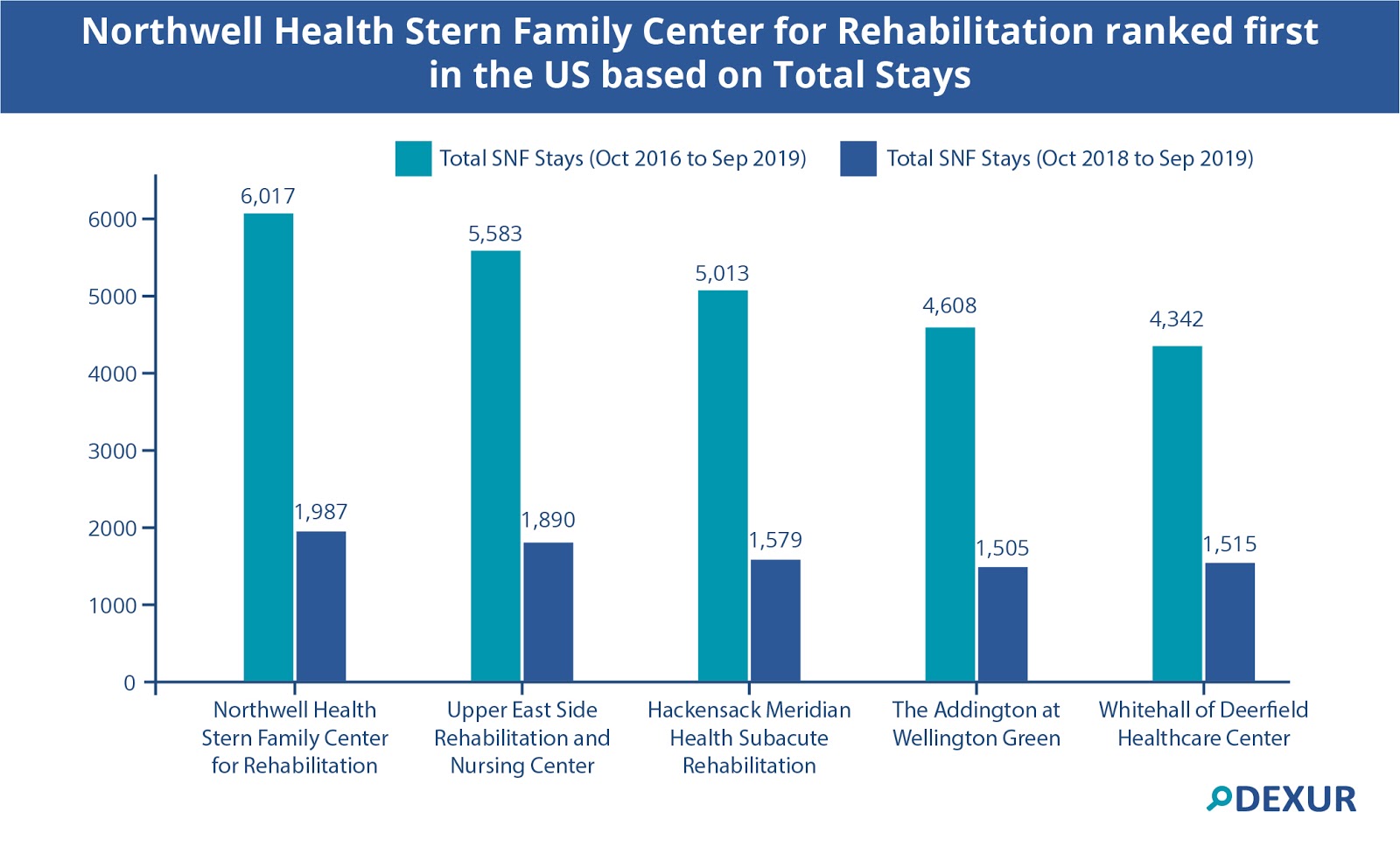 Dexur analyzed the Medicare Claims data from October 2016 to September 2019 and listed the top skilled nursing facilities (SNFs) in the country based on the total number of stays recorded during this period. Total SNF Stays serves as an important metric in determining the experience and expertise possessed by a nursing home in handling cases, which is associated with better quality outcomes. The study reveals that Northwell Health Stern Family Center for Rehabilitation located in New York ranks first, with a total of 6,017 stays recorded in the facility during this period. The facility, also ranking first in the state of New York, is noted to have registered a total of 1,987 stays between October 2018 and September 2019 alone. 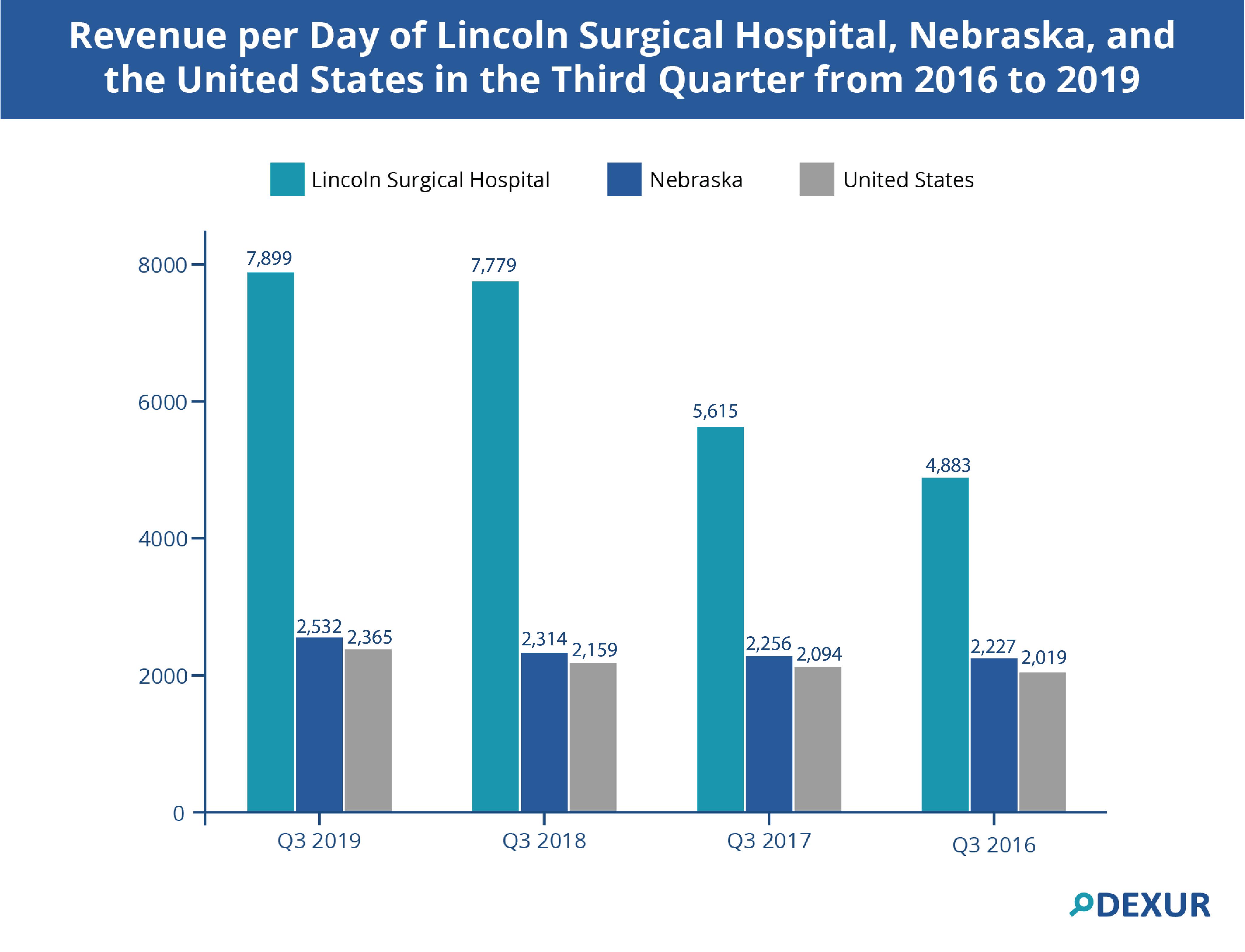 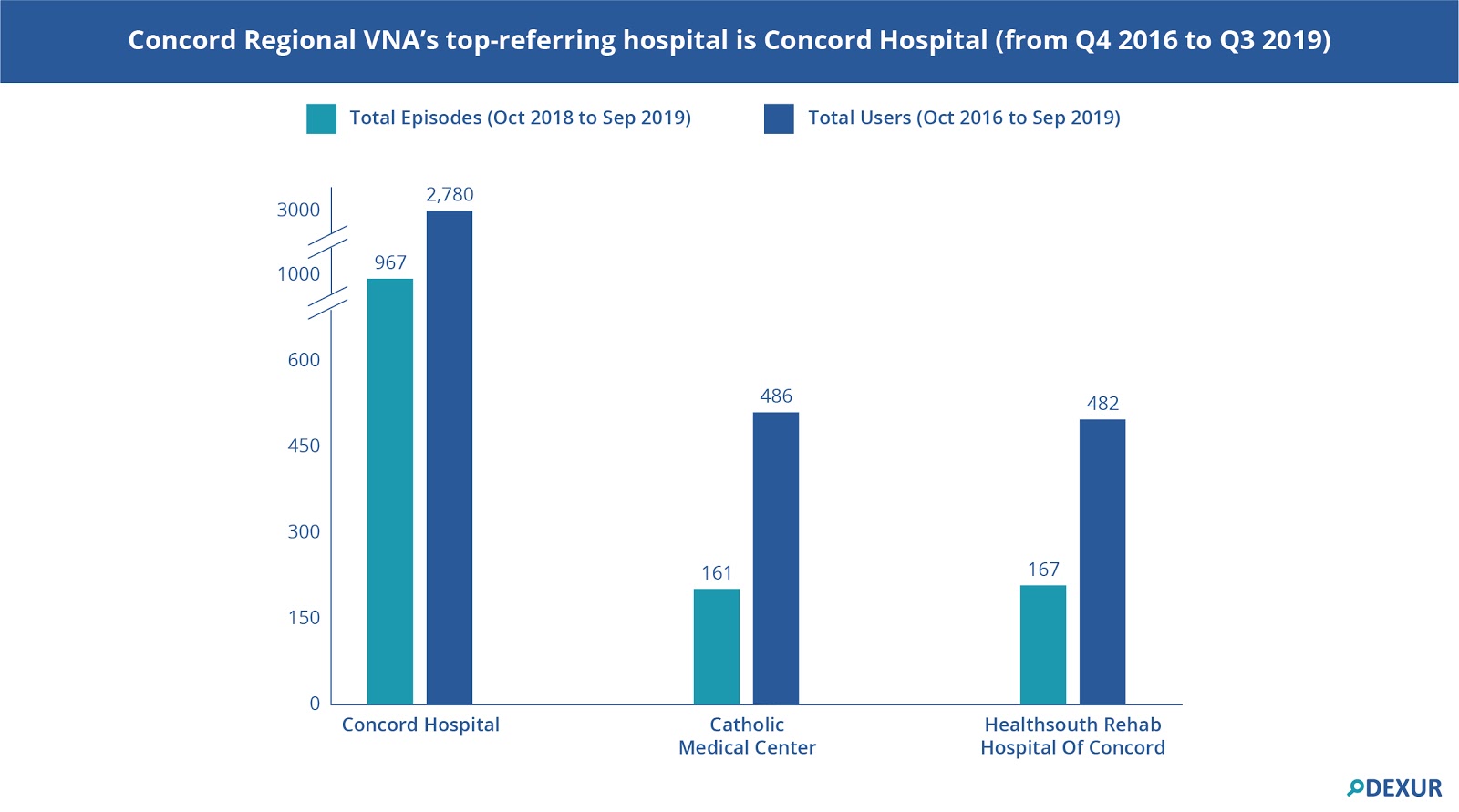 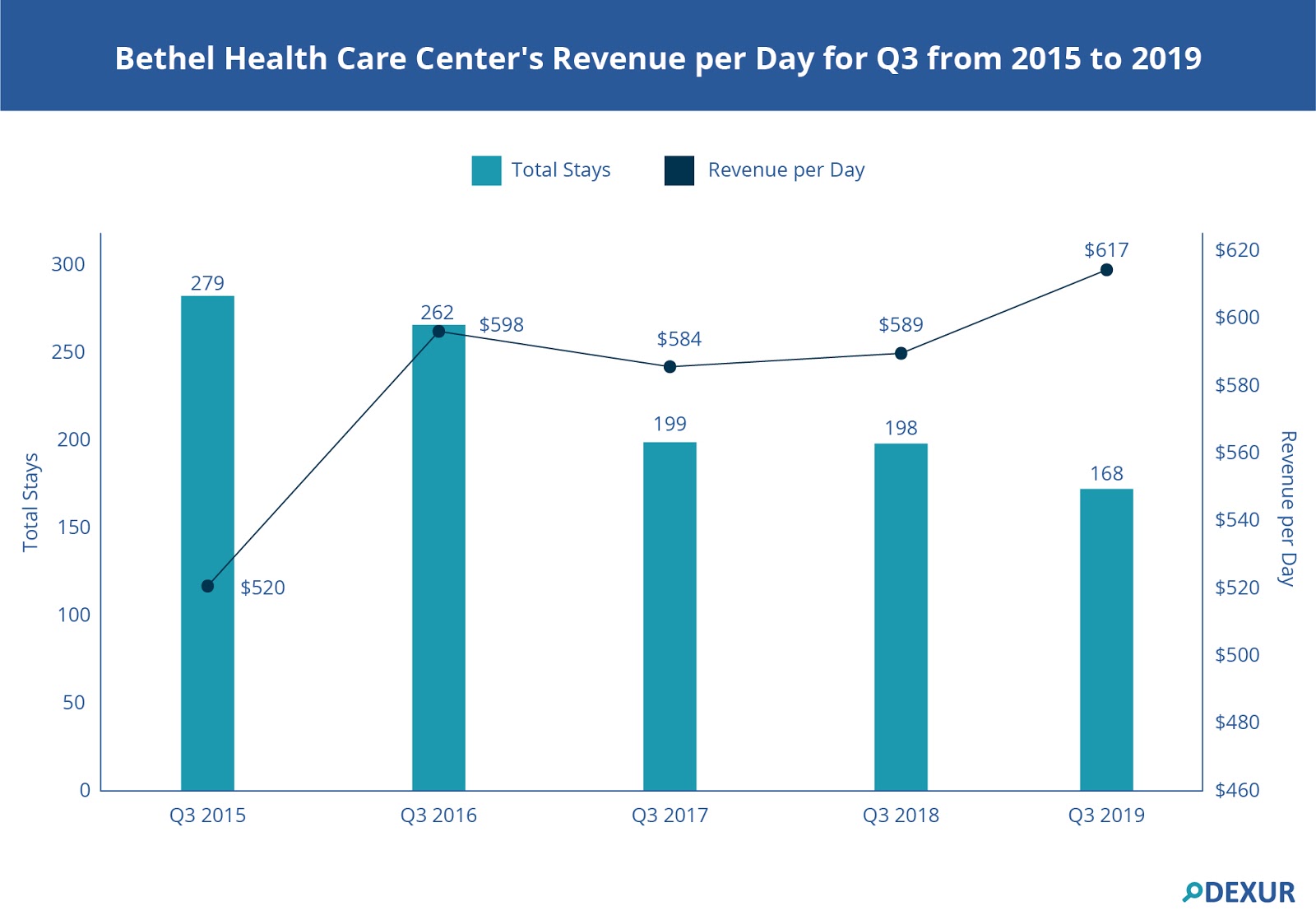 Dexur utilized the Medicare Claims data from 2015 to 2019, to analyze the performance of Bethel Health Care Center, Connecticut, vis-à-vis its revenue per day. The study revealed a significant growth of 18.65 percent in the revenue per day recorded for the third quarter of the skilled nursing facility in comparison to the same quarter of 2015. 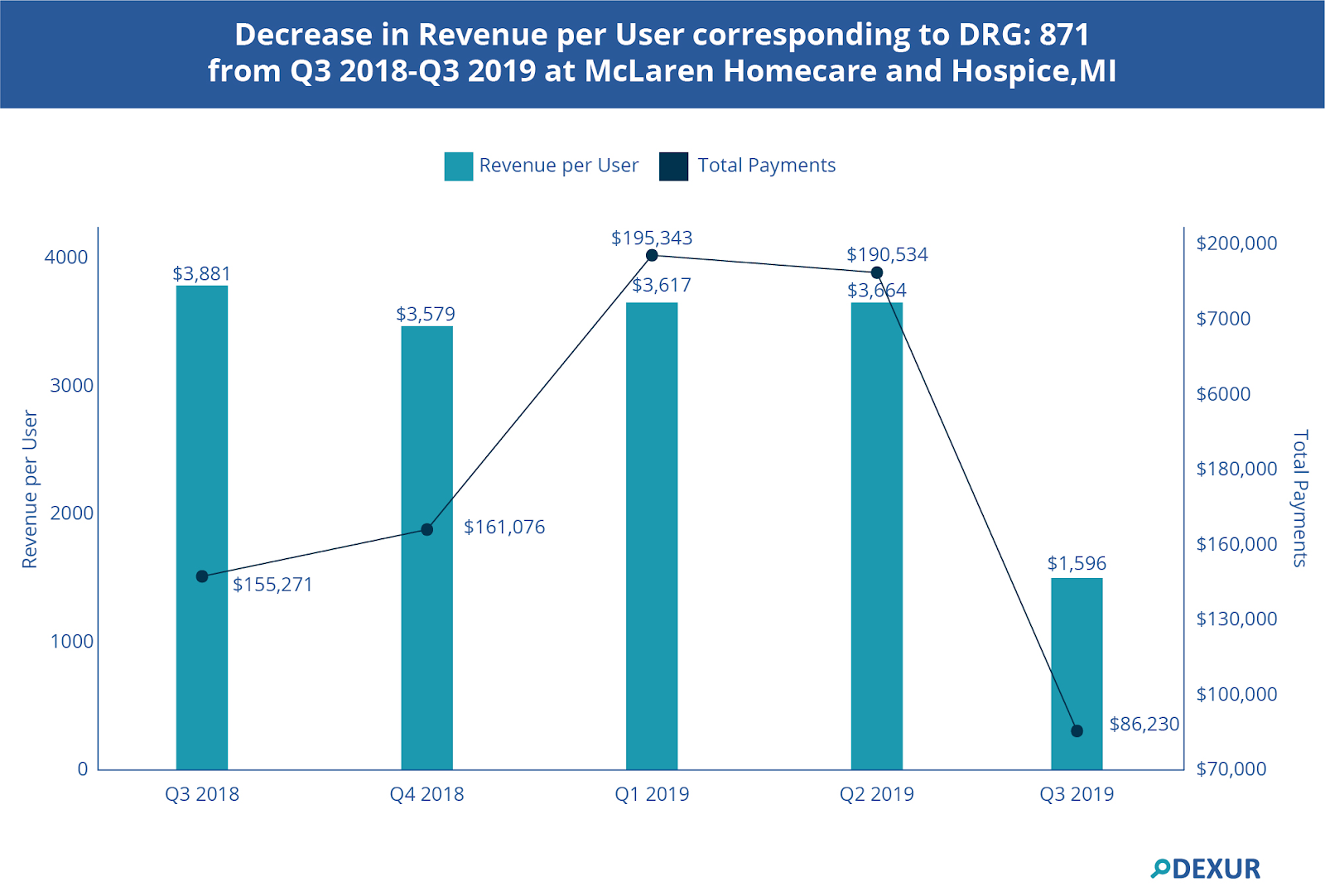 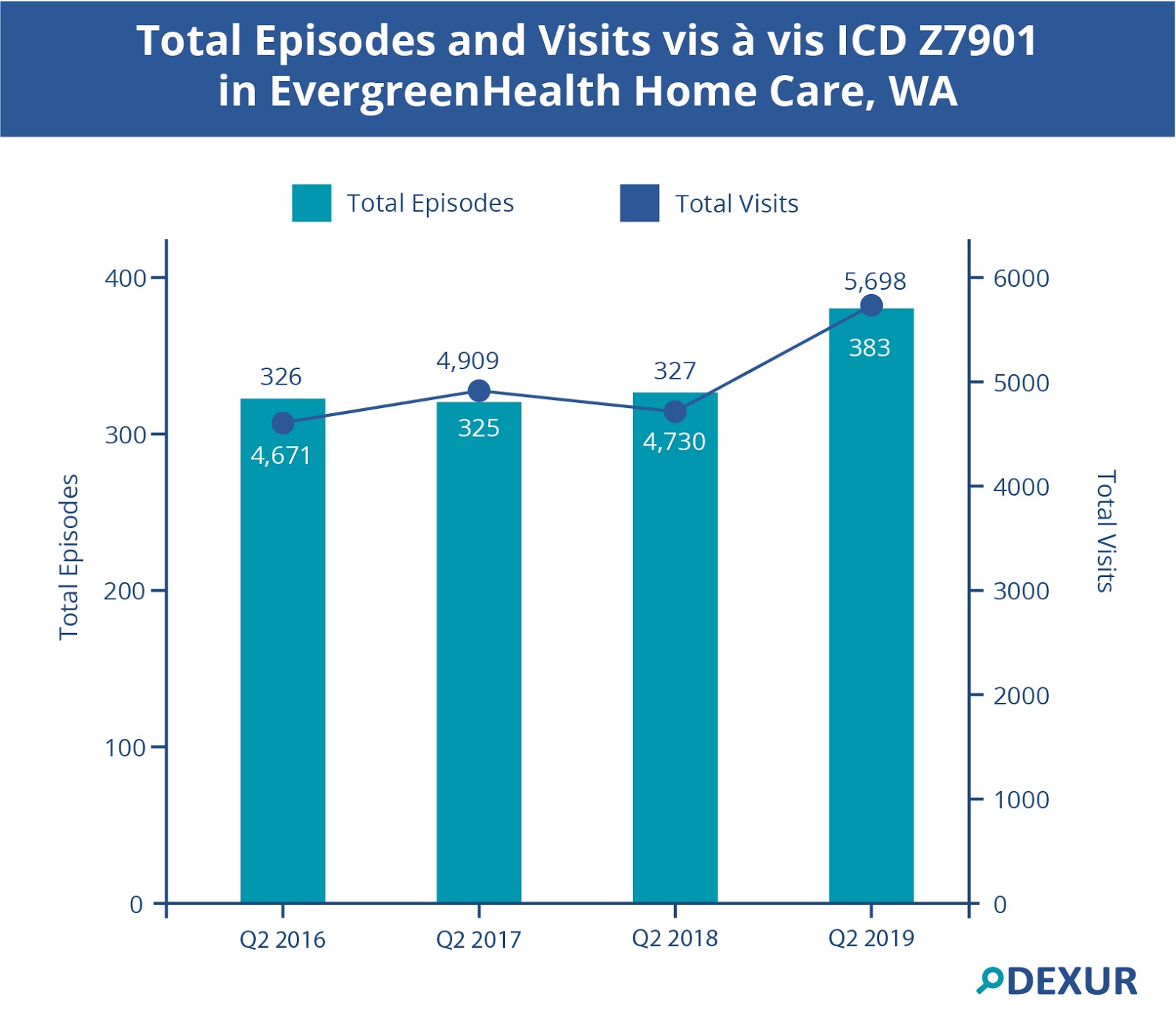 Dexur analyzed Medicare Claims data for the period between Q2 2016 and Q2 2019 and reported a 21.99% increase in the total visits corresponding to ICD Z7901 (Primary or Secondary) at EvergreenHealth Home Care in Kirkland, Washington. The total visits associated with this ICD in Q2 2016, was 4,671, and by Q2 2019, this increased remarkably to 5,698. While, on the whole, the growth was not steady, by the end of Q2 2019, the total visits as well as episodes increased significantly.