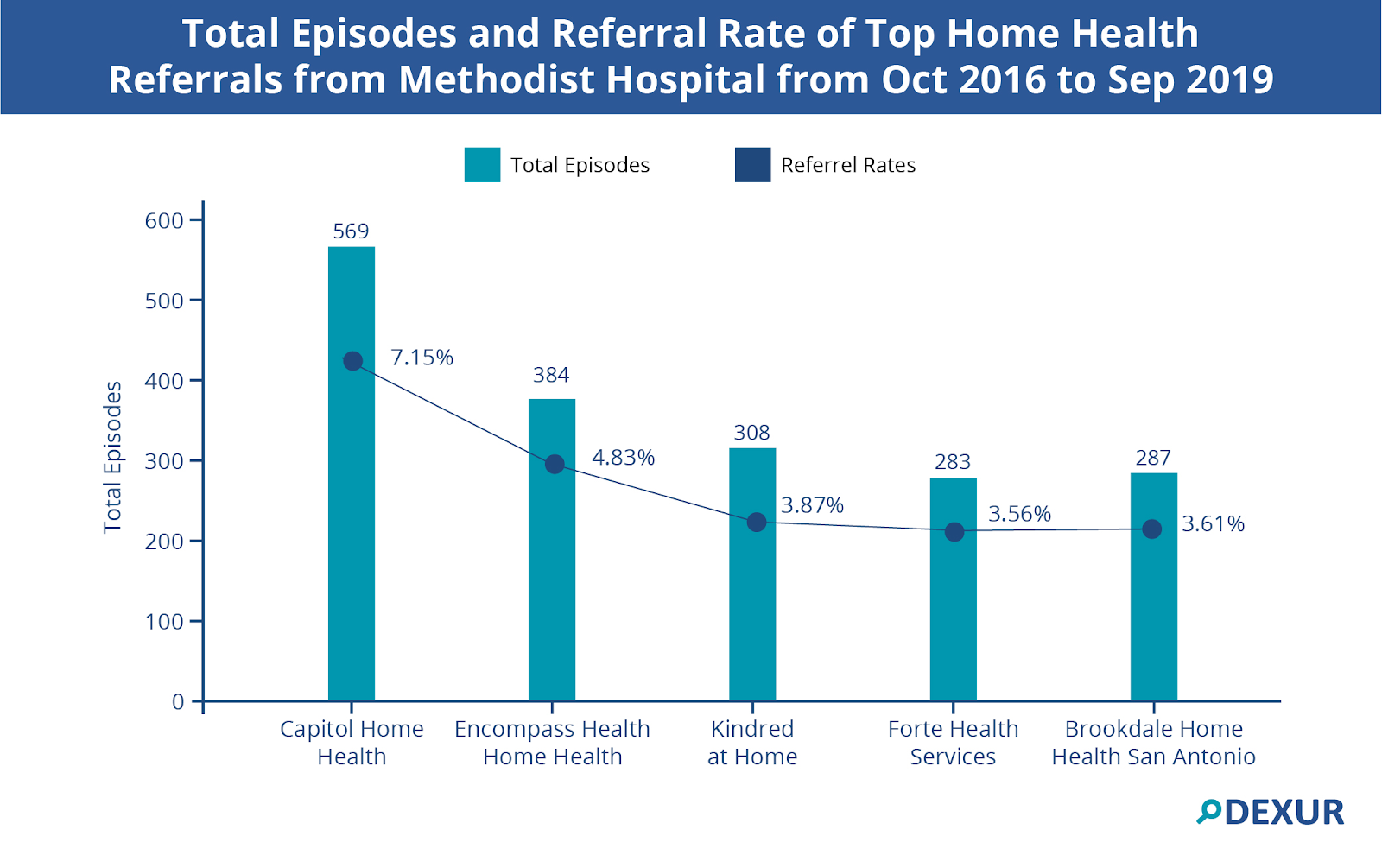 Dexur’s analysis of the Medicare Claims data from Oct 2016 to Sep 2019 reveals that Capitol Home Health of San Antonio ranked first in the list of home health cares that were referred by Methodist Hospital in Texas. Out of the 7,955 referrals made by Methodist Hospital for the period above, Capitol Home Health was referred for 569 of them, earning them a referral rate of 7.15%. 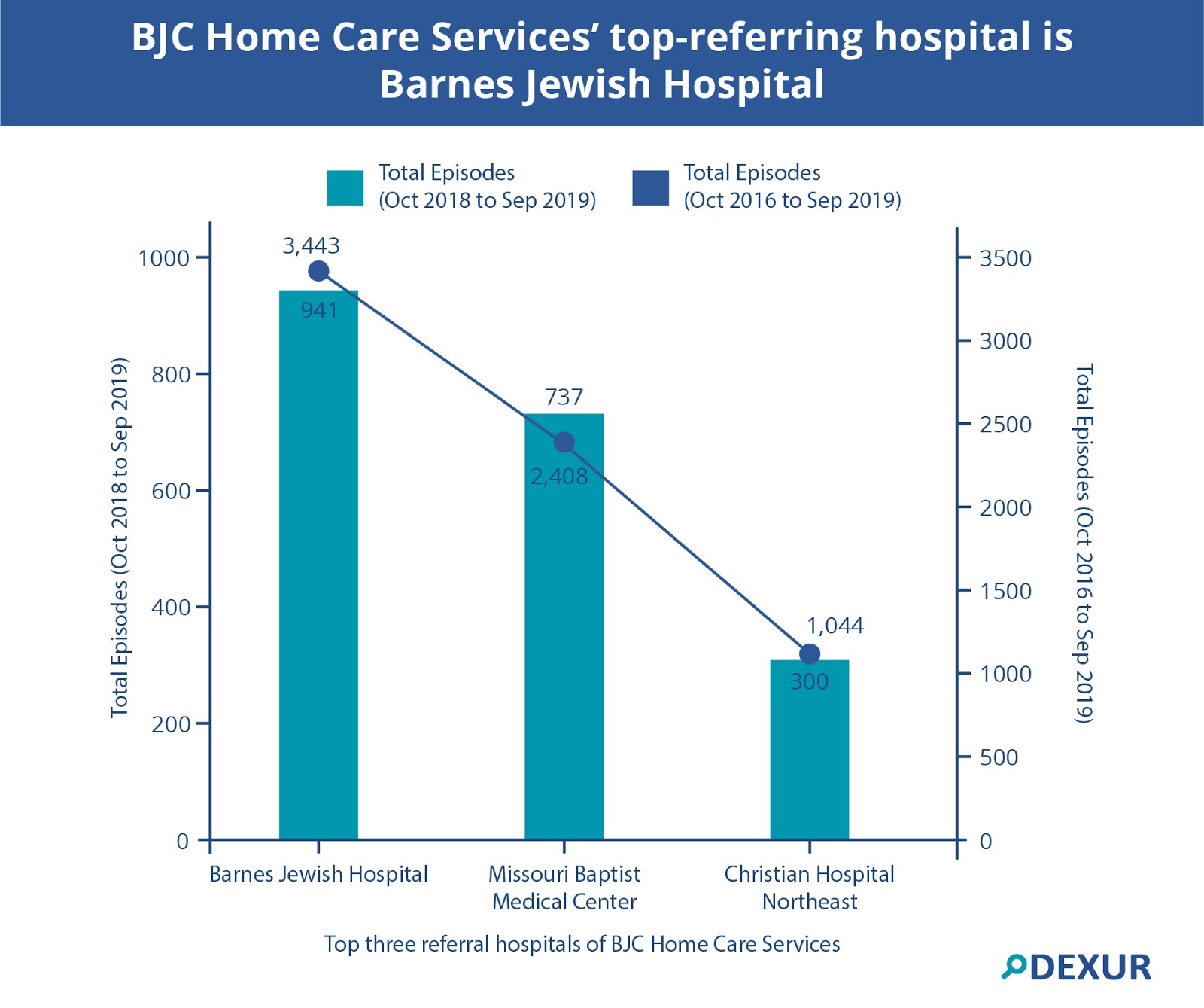 Dexur analyzed Medicare Claims for the period between October 2016 and September 2019 and listed the top-referral hospitals of home health agencies across different states in the U.S. Their study revealed that among the list of hospitals that referred the most number of users to BJC Home Care Services, Barnes Jewish Hospital ranked first, accounting for a total of 3,443 episodes during the period. In fact, between October 2018 and September 2019 alone, they accounted for 941 episodes of the home health agency. Ranking second and third in this respect are Missouri Baptist Medical Center and Christian Hospital Northeast. While the former contributed 2,408 episodes, the latter made up a total of 1,044 episodes, during the period mentioned above. 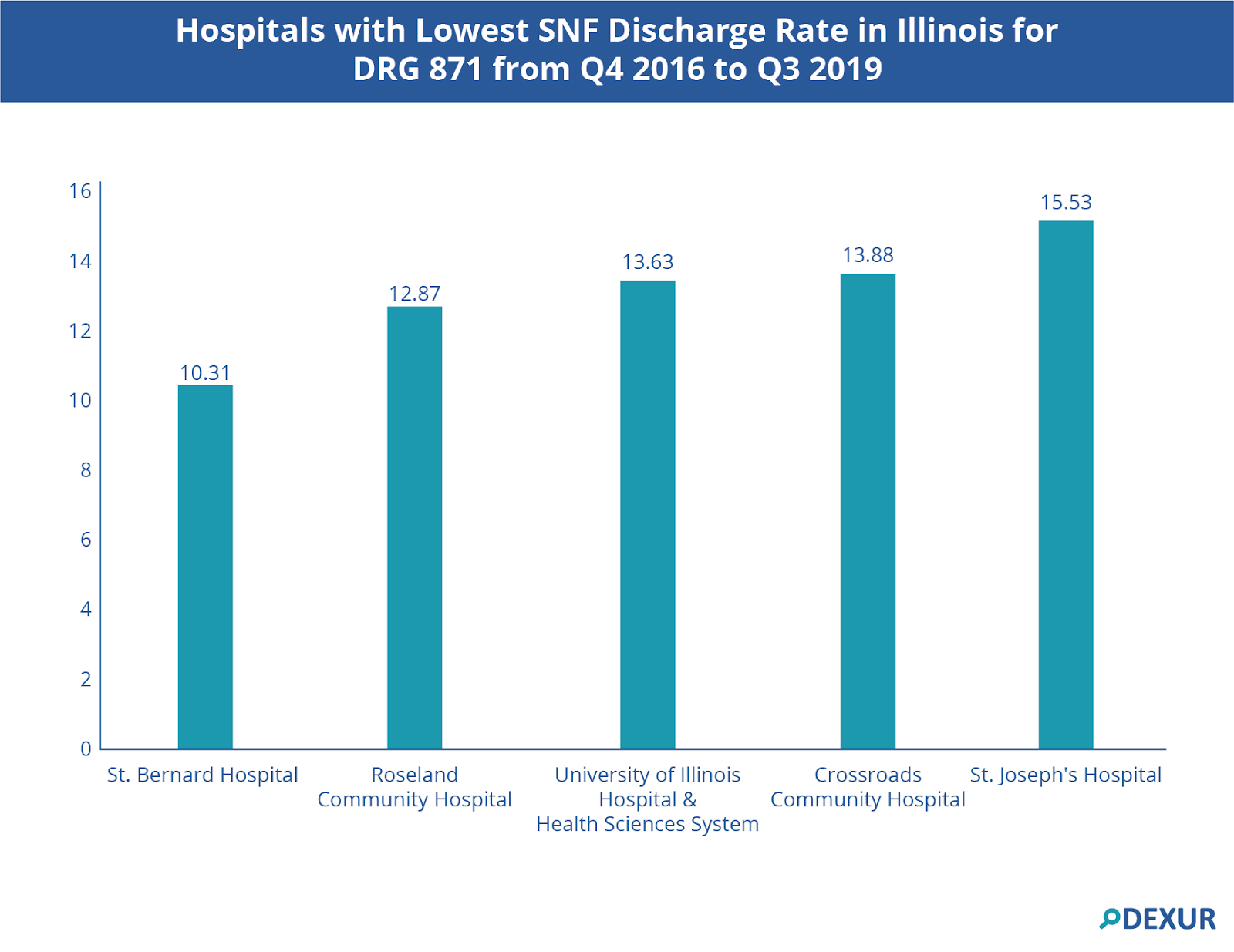 Dexur analyzed the Medicare Claims data from Oct 2016 to Sep 2019 and found that St. Bernard Hospital recorded the lowest Skilled Nursing Facility (SNF) Rate of 10.31 in Illinois for DRG 871: Septicemia or Severe Sepsis Without MV >96 Hours with Major Complication or Comorbidity, from Q4 2016 to Q3 2019. 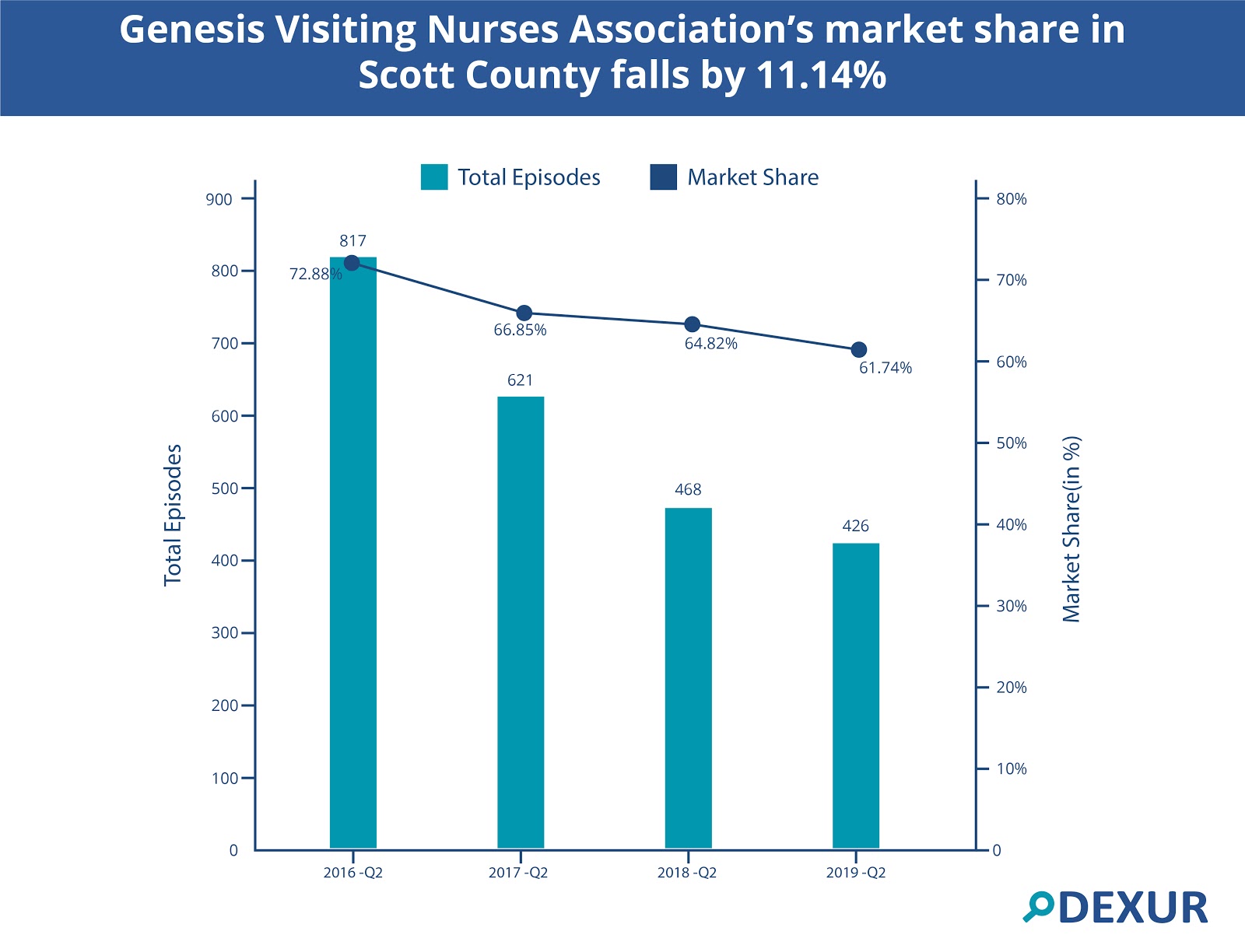 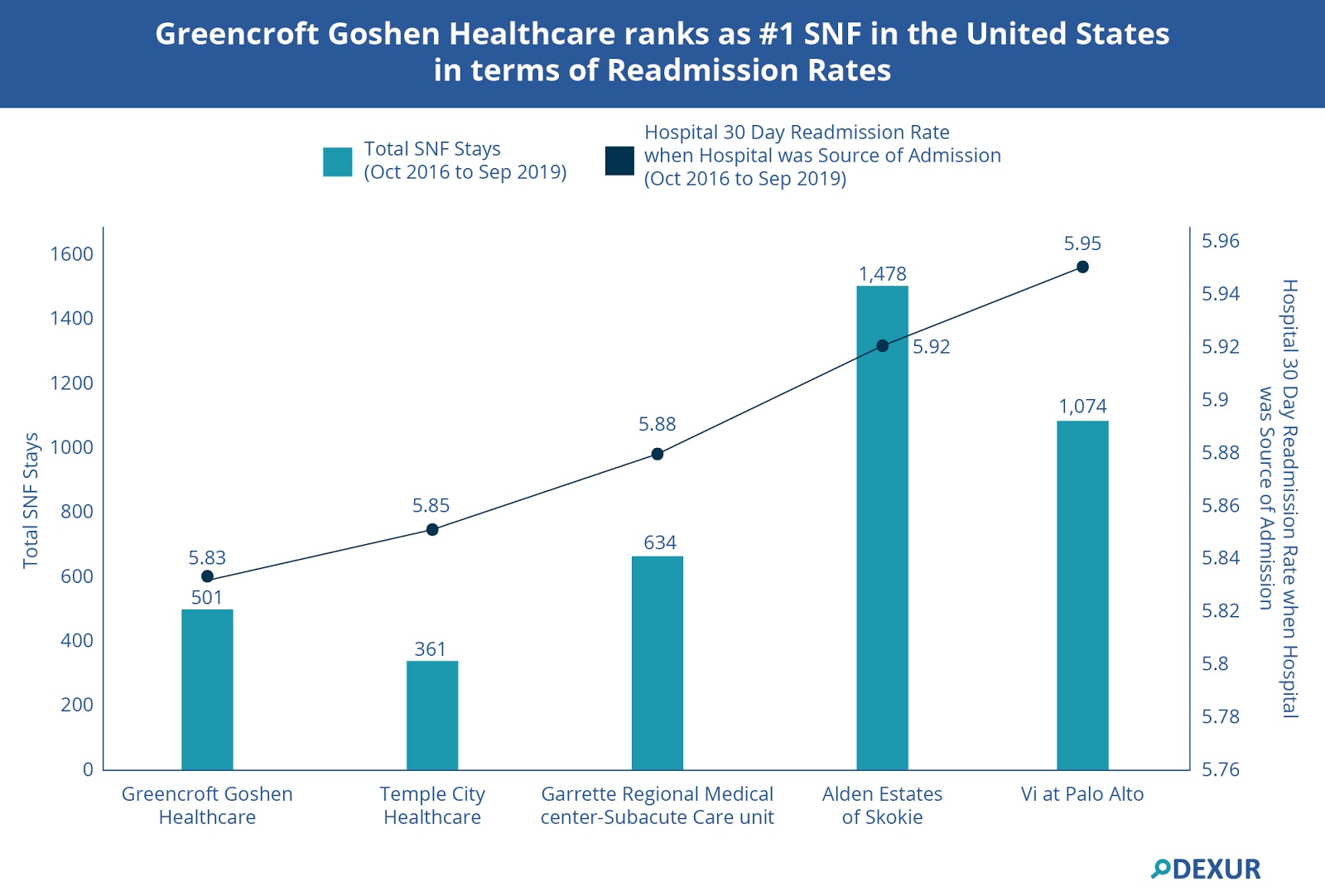 Dexur analyzed the Medicare Claims data for the period between October 2016 to September 2019 and listed the top skilled nursing care facilities in the country based on hospital readmission rates. Greencroft Goshen Healthcare, Indiana, ranks first in this study with the least readmissions rate for this period. To improve the quality of health care services in the country, Centers for Medicare & Medicaid Services initiated programs for penalizing health care providers that recorded high hospital 30 Day-readmission rates. 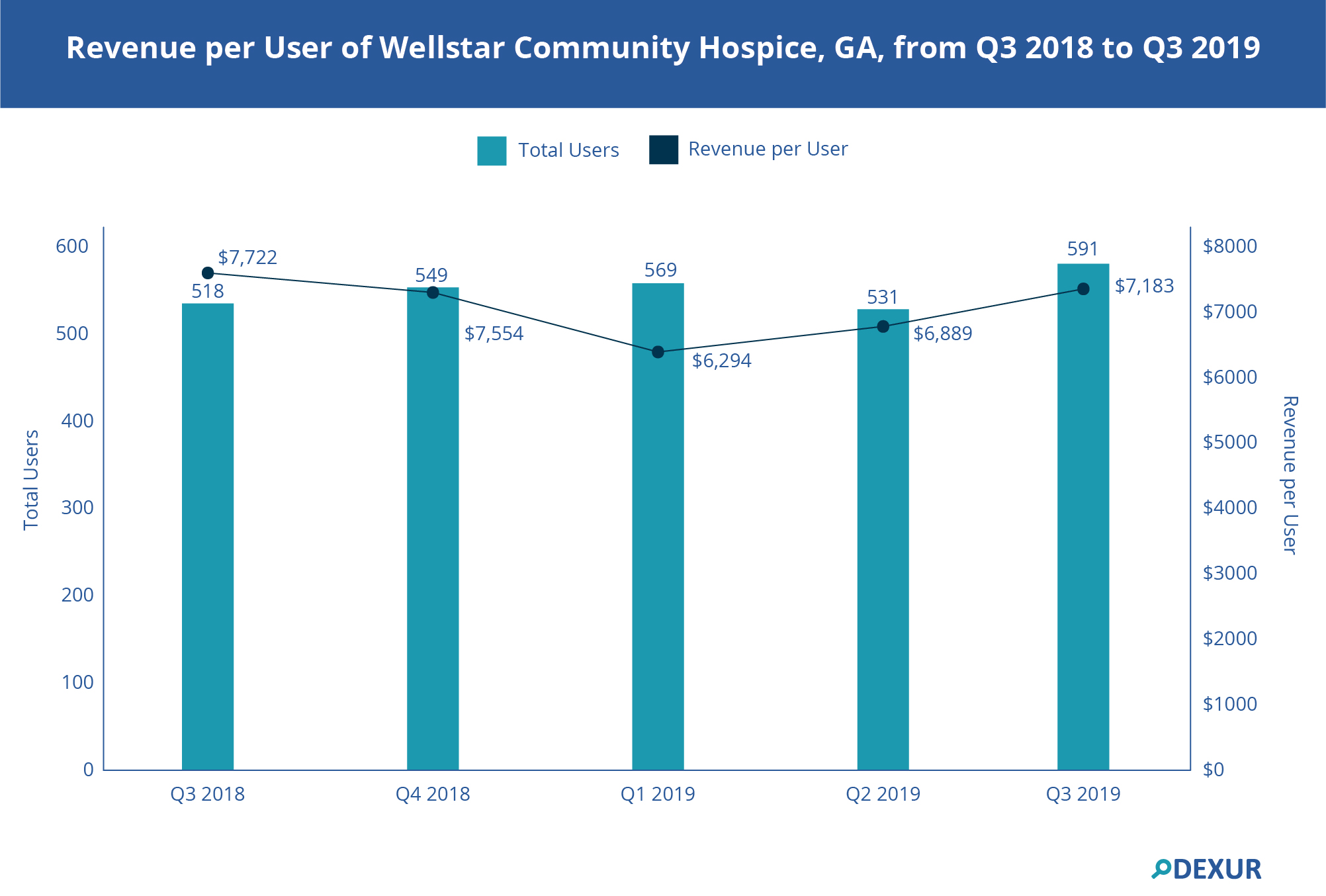 In a recent analysis, Dexur studied Medicare Claims data of the hospices located in Georgia. The primary metric used for the evaluation was revenue per user. The information in the report will help healthcare professionals understand market position and dynamics better, and subsequently, plan their operational growth strategies. 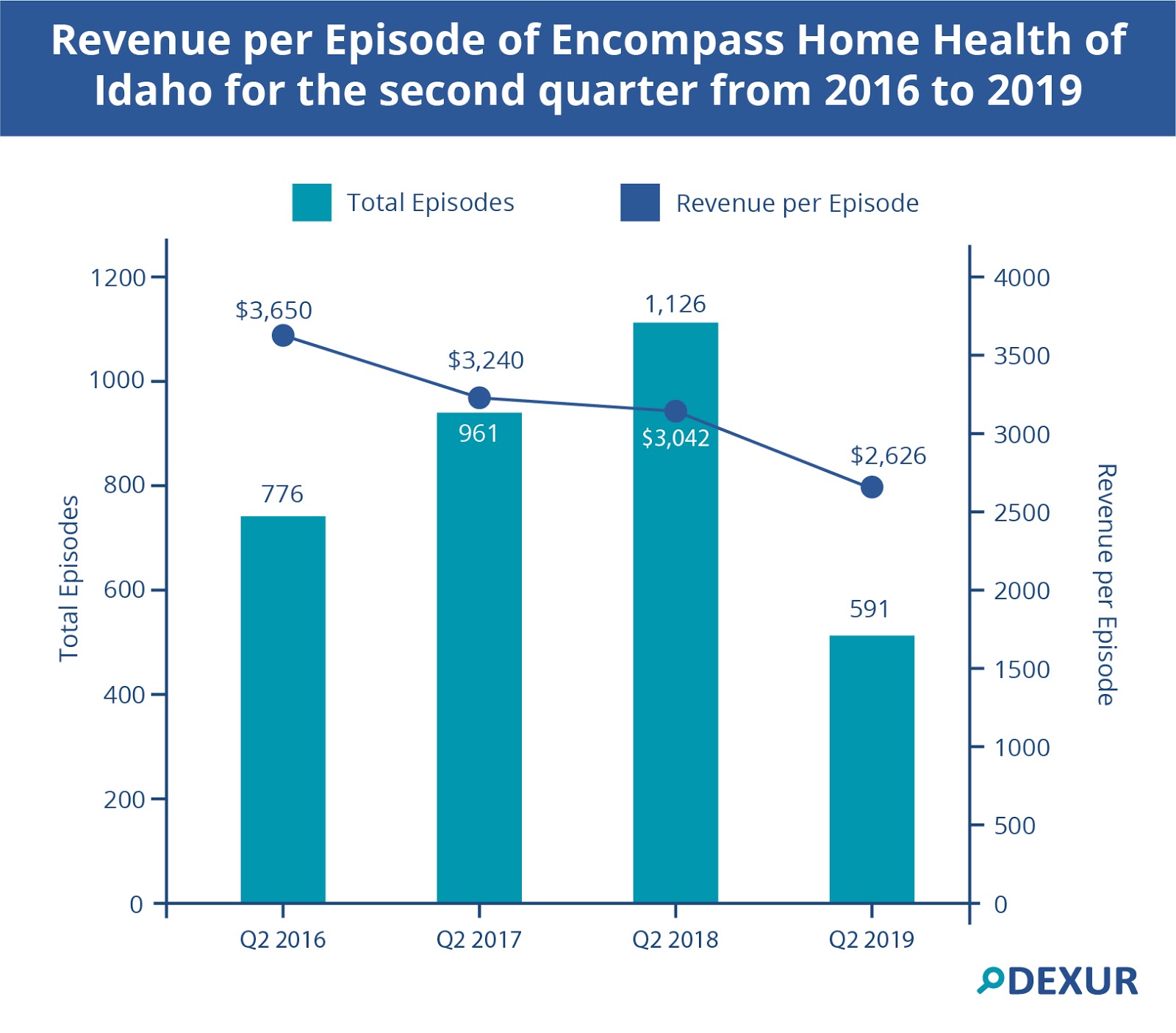 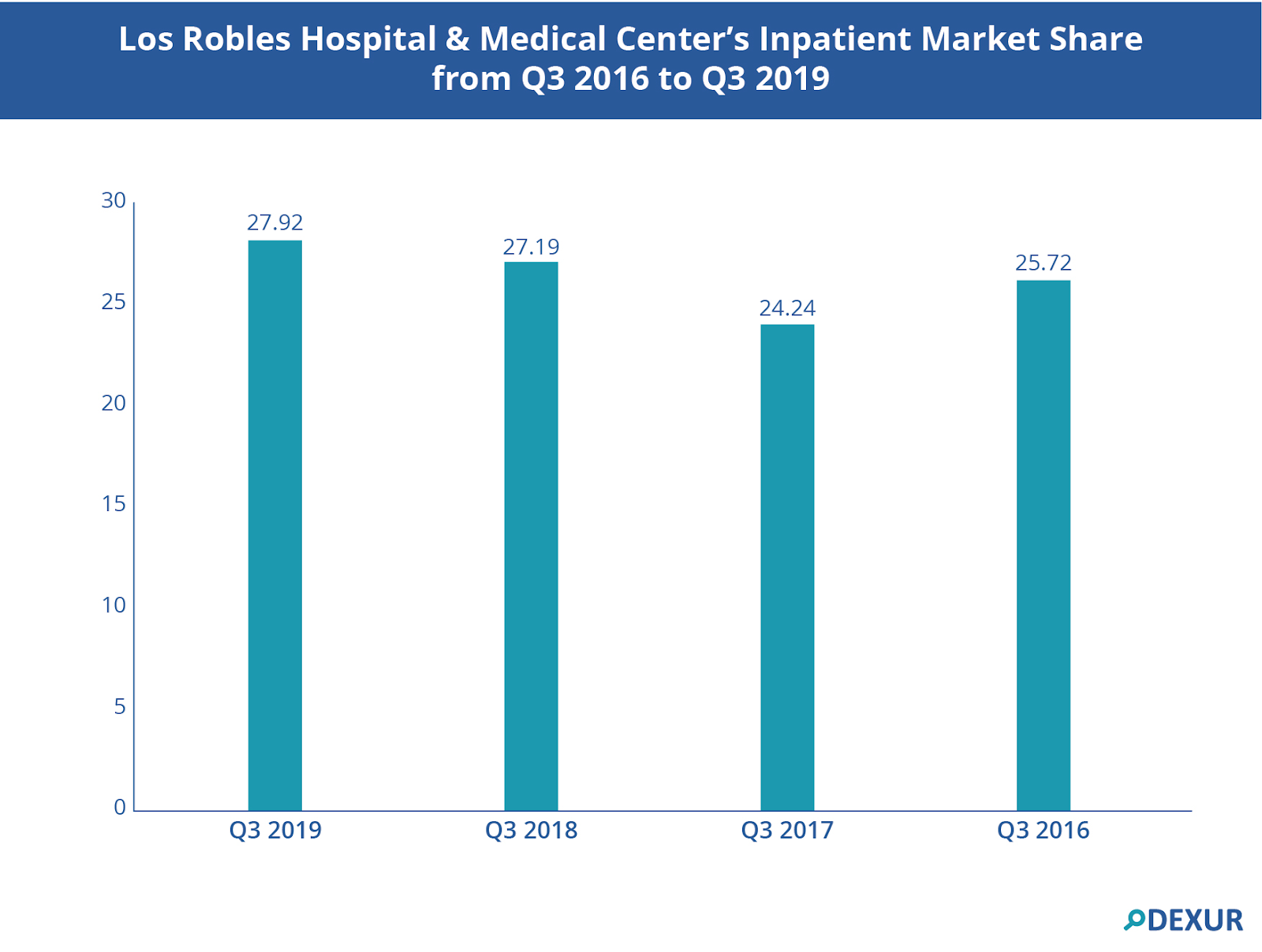 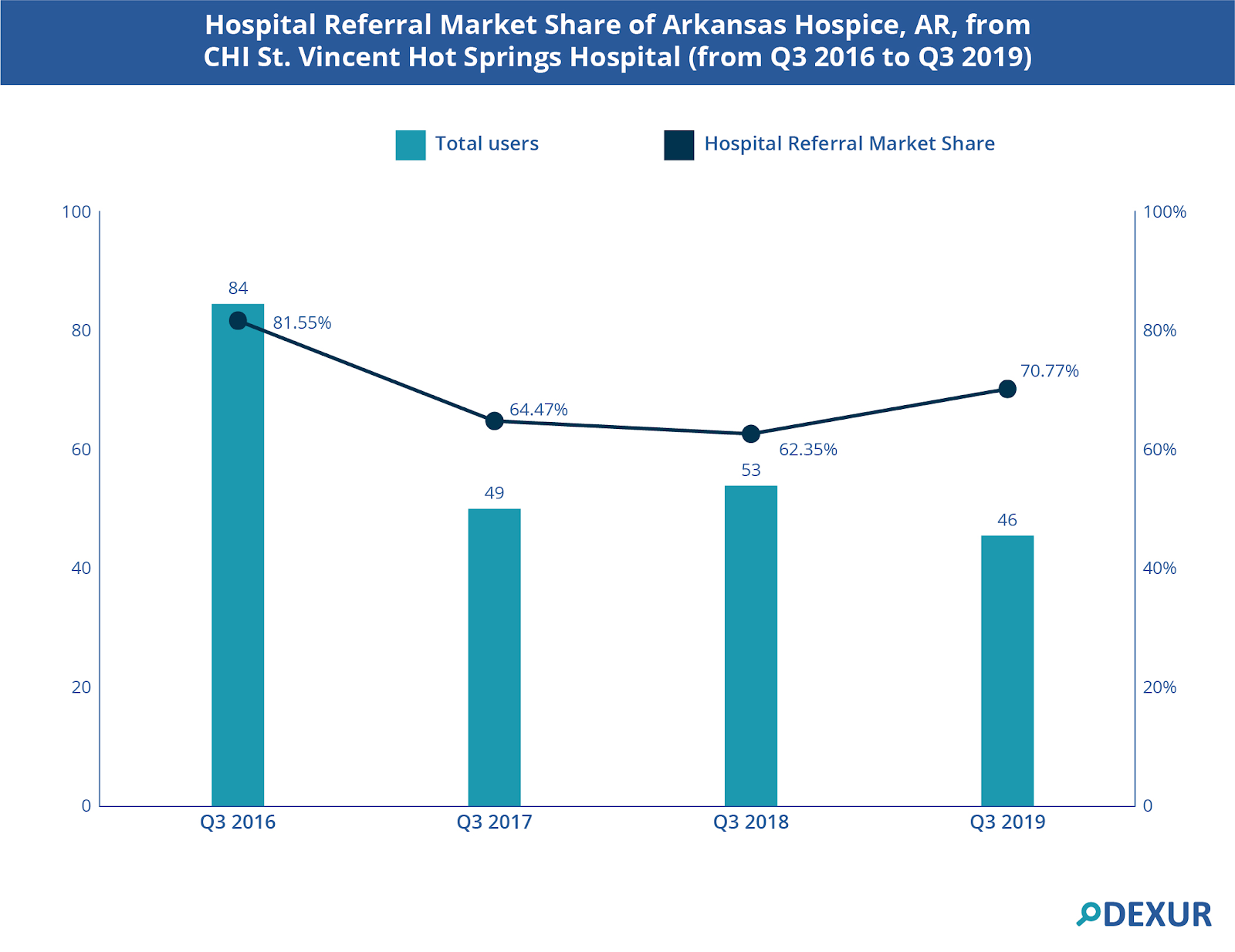 18.33% increase observed in the Total Episodes of AT Home Care, VA 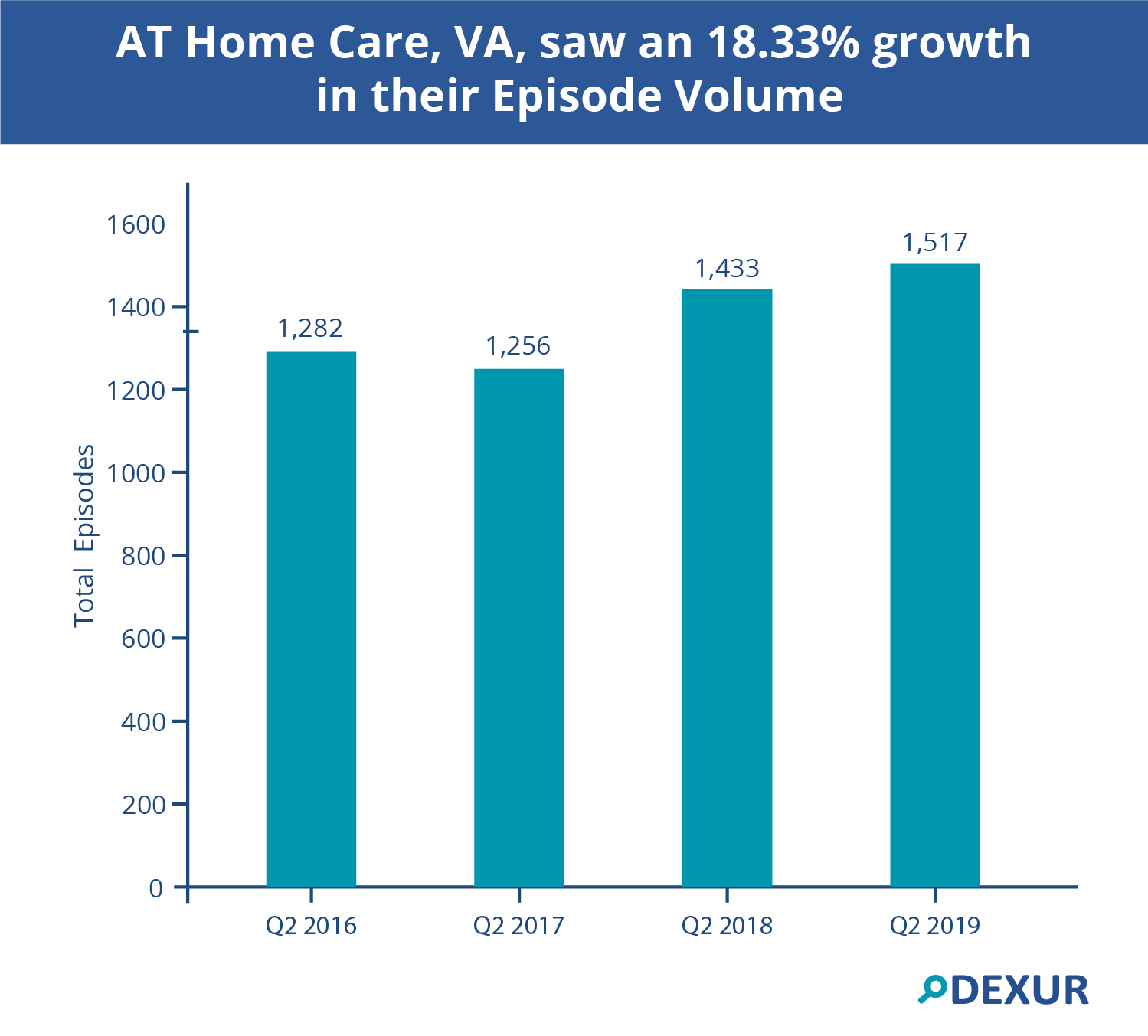