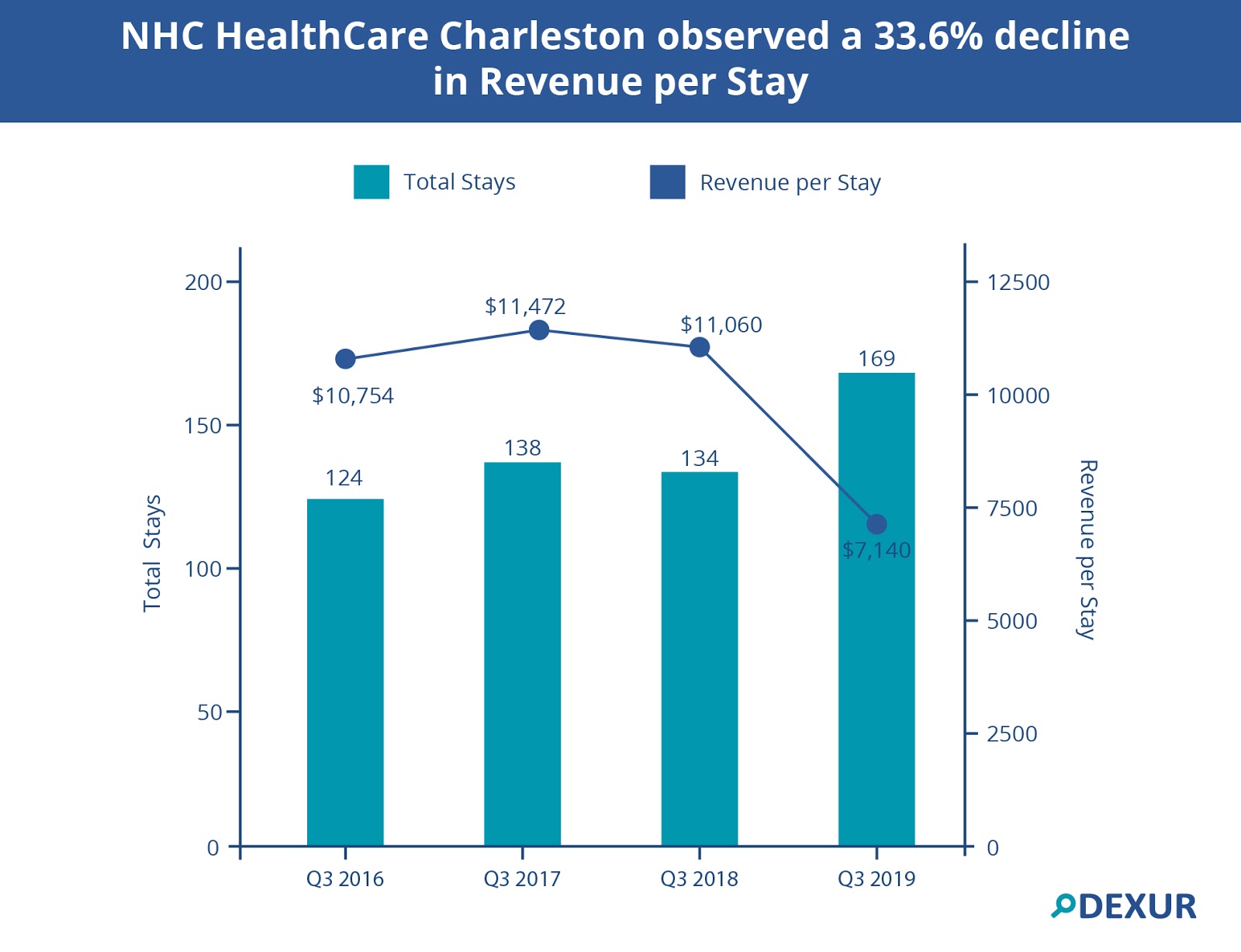 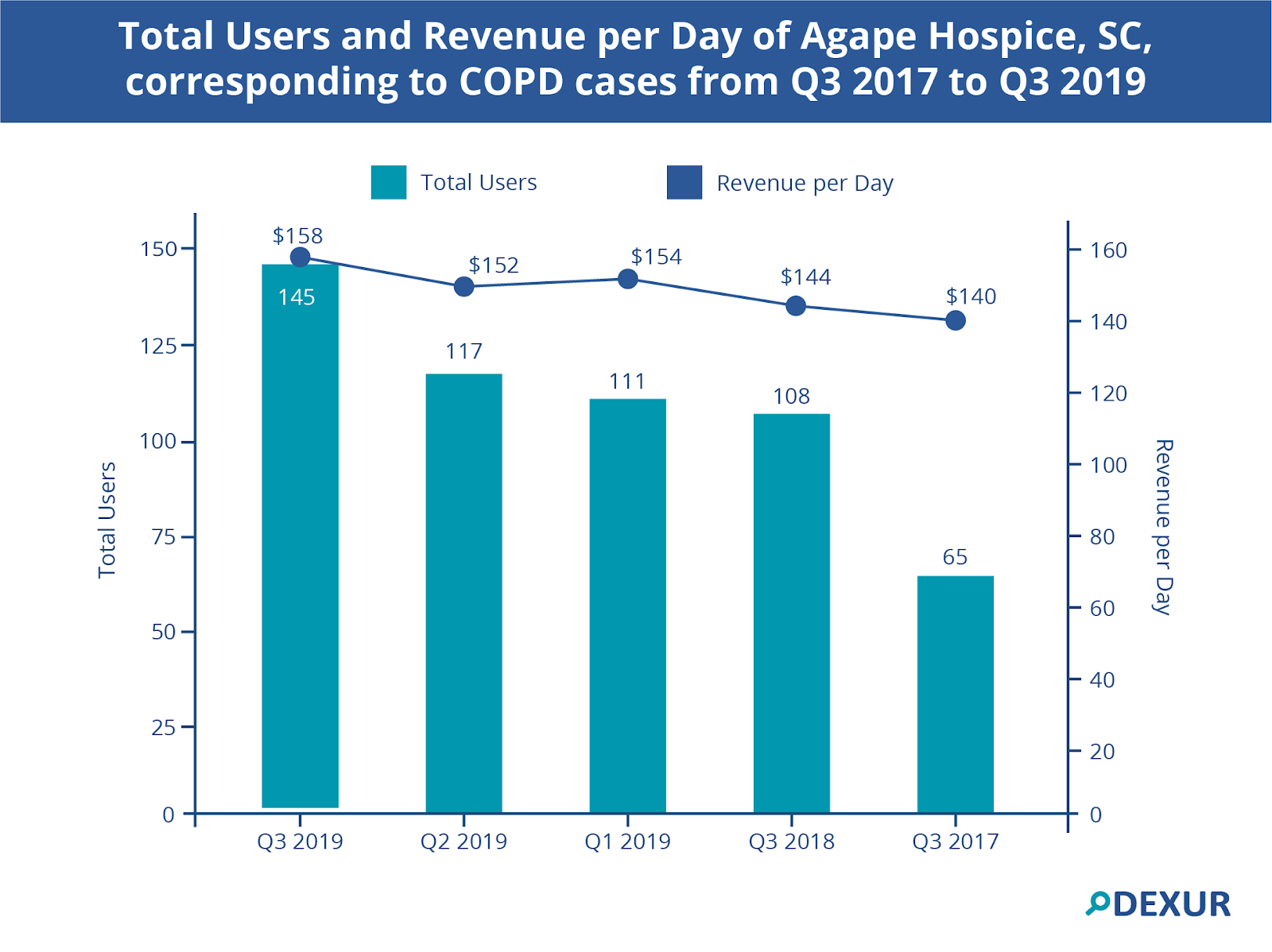 Dexur utilized Medicare Claims data from Q3 2017 to Q3 2019 to analyze the most prevalent conditions present in users at the Agape Hospice, located in Charleston, South Carolina. Dexur’s study revealed that, for the same period, the number of users corresponding to COPD (Chronic Obstructive Pulmonary Disease) witnessed an almost two-fold climb during the two years. In Q3 2017, the COPD user count at the hospice was 65. However, by the end of Q3 2019, the figure significantly rose to 145. Moreover, according to the biennial report, the Revenue generated per Day quality outcome also saw a veritable increase of 12.8%. 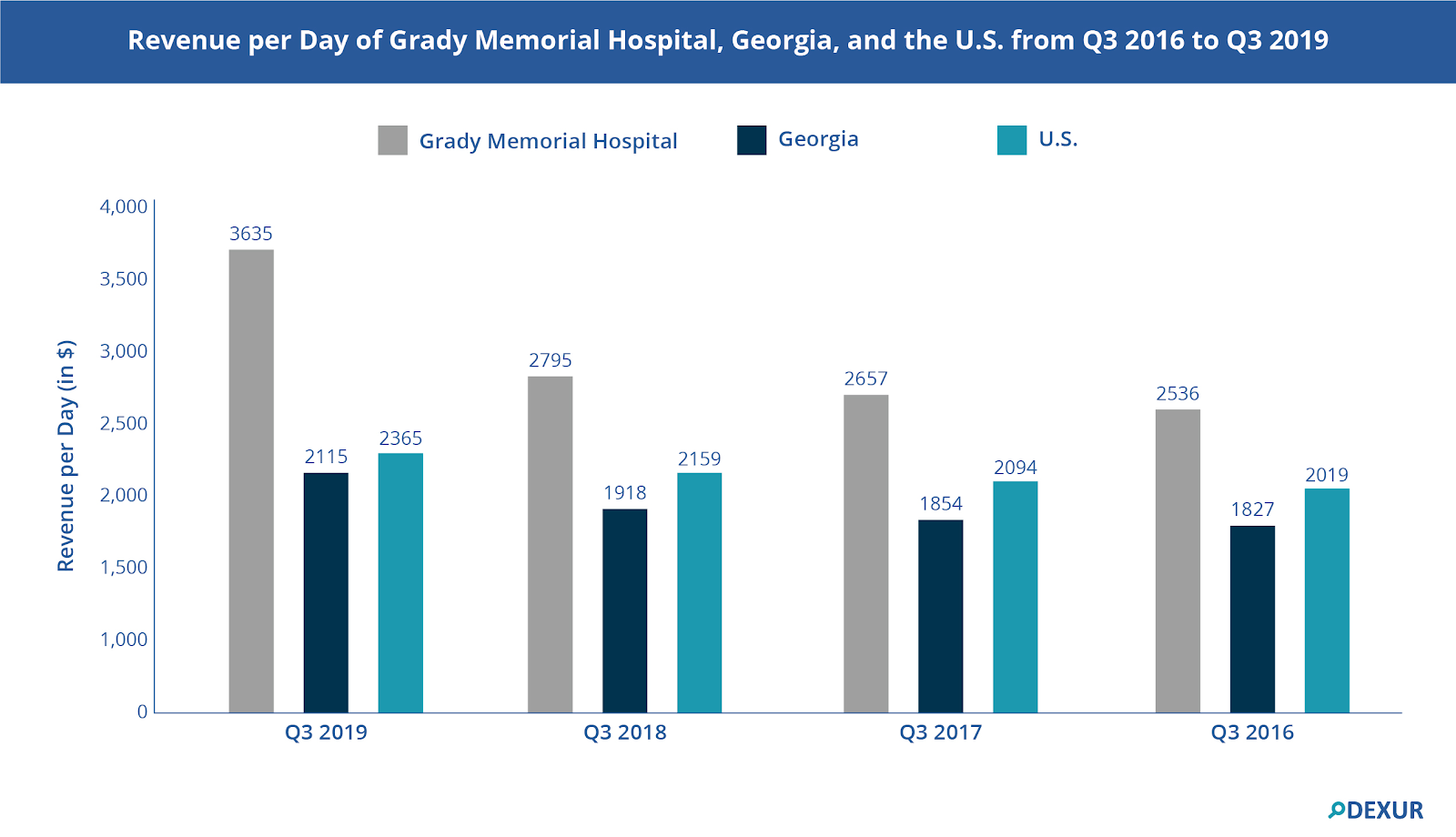 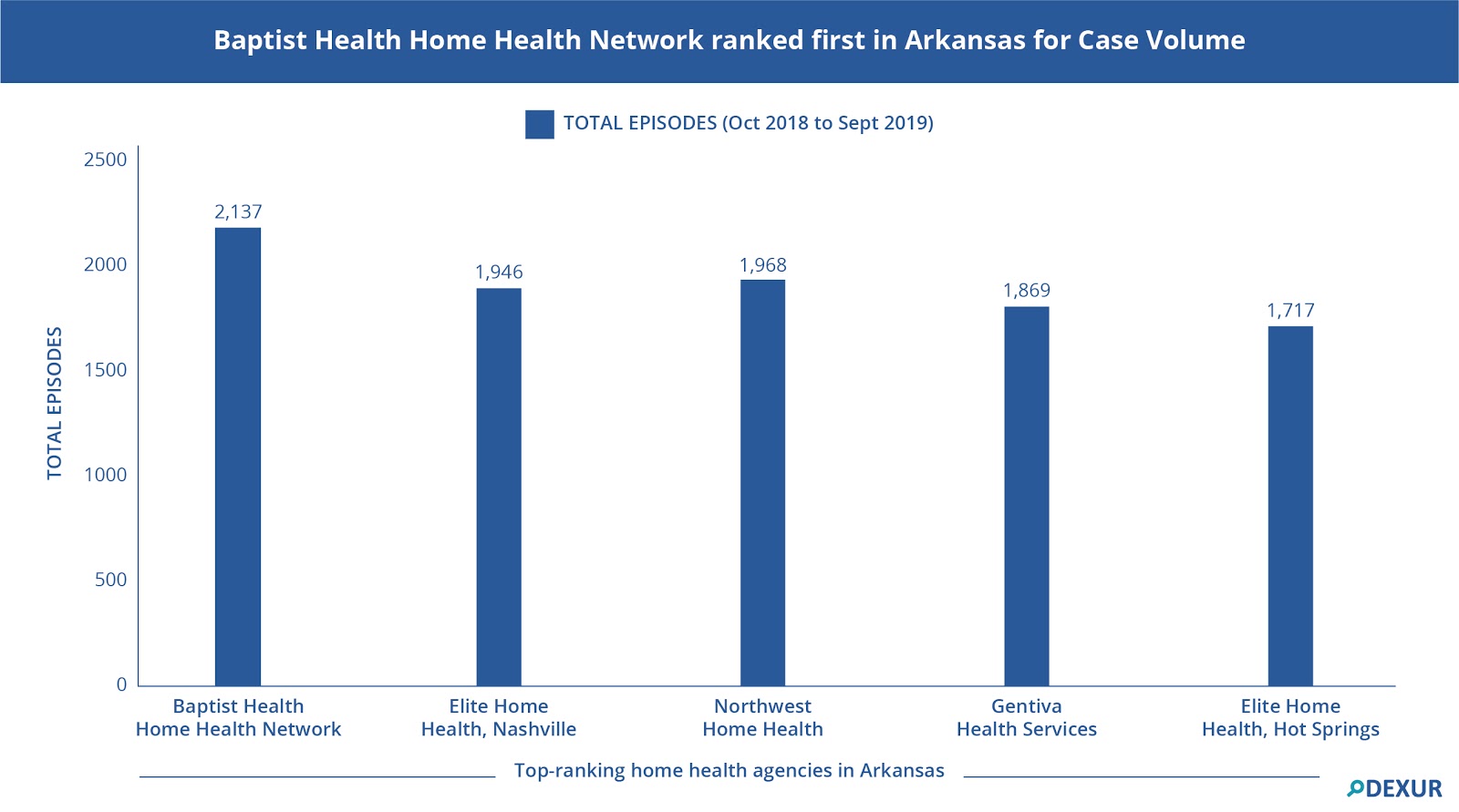 Dexur analysts studied Medicare Claims data for the period between Q4 2016 and Q3 2019 and revealed that with respect to case volume during the period, Baptist Health Home Health Network in Little Rock, Arkansas, ranked first in the state. The agency recorded a total of 6,854 episodes during the period, including 2,137 episodes between Q4 2018 and Q3 2019 alone. Also, among the top-ranking facilities in the state are Elite Home Health in Nashville, Northwest Home Health, and Gentiva Health Services. Between October 2018 and September 2019, these facilities saw a total of 1,946, 1,968, and 1,869 episodes, respectively. Elite Home Health’s branch in Hot Springs also made it to the list, ranking fifth, having recorded 1,717 between Q4 2018 and Q3 2019. 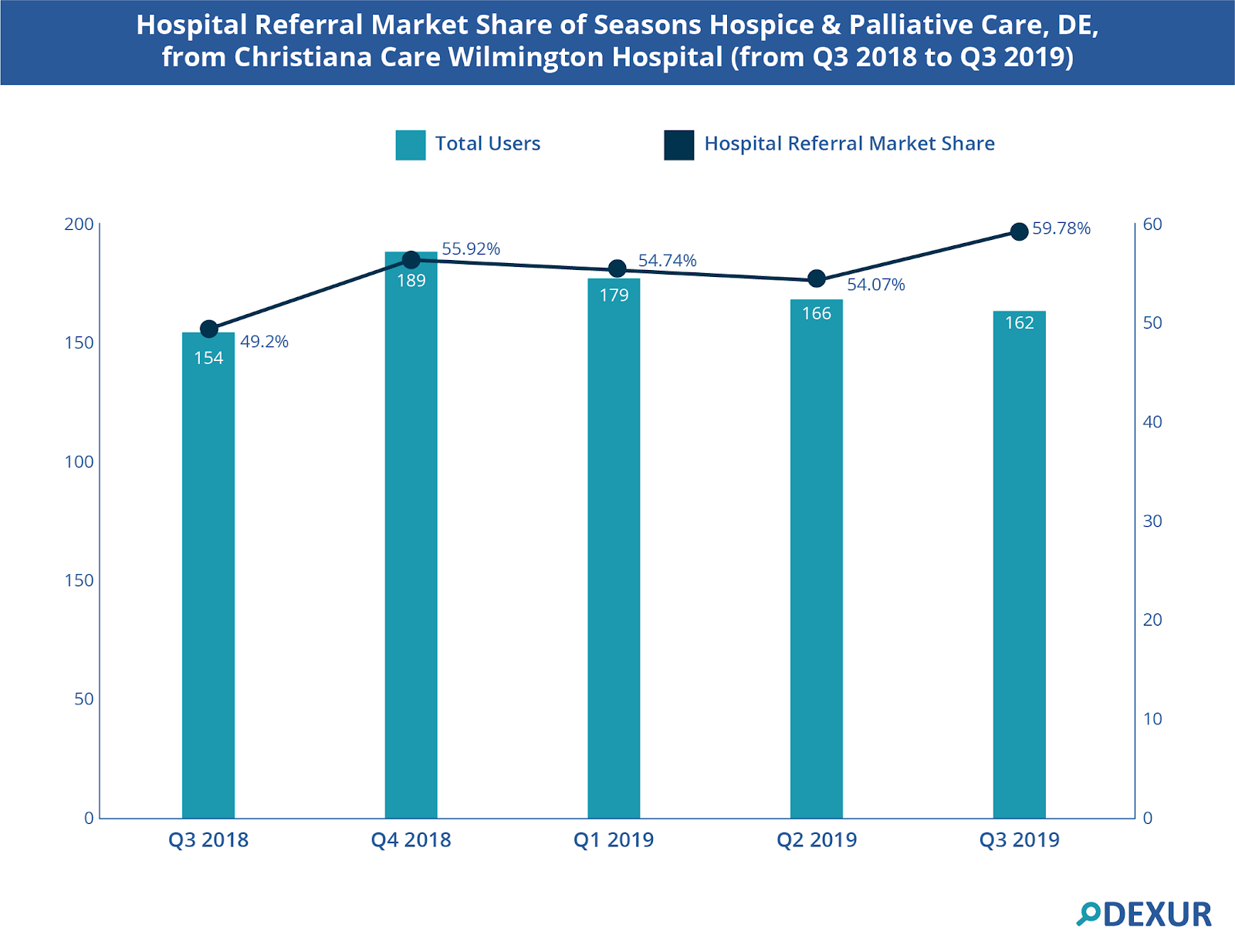 Aberjona Rehabilitation and Nursing Center, Winchester, is among the most experienced Nursing Homes in handling Heart Attack patients in Massachusetts 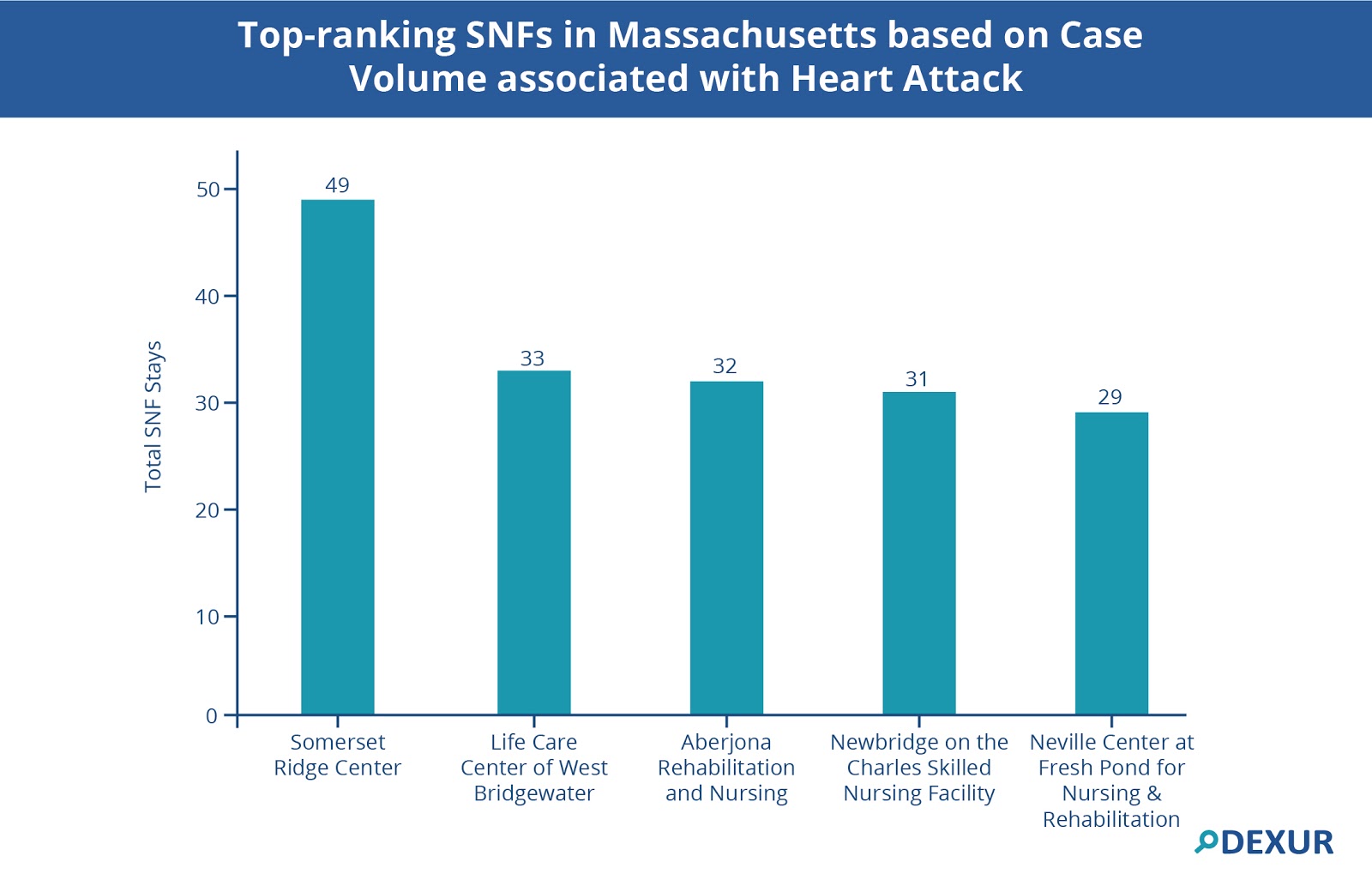 Dexur examined Medicare Claims data between October 2016 and September 2019 to assess the performance of the top skilled nursing facilities (SNFs) in the state of Massachusetts with respect to their expertise in handling Heart Attack patients. In the study, the Aberjona Rehabilitation and Nursing Center emerged as one among the top-ranked nursing homes in the state in terms of their experience in caring for patients recovering from a Heart Attack. With a total of 32 stays recorded at the facility associated with the condition during this period, Dexur’s analysis ranks the facility, third in Massachusetts, and 47th in the country based on case volume. The number of stays recorded by a health care provider is often considered as a useful metric in assessing its efficiency and quality of care. 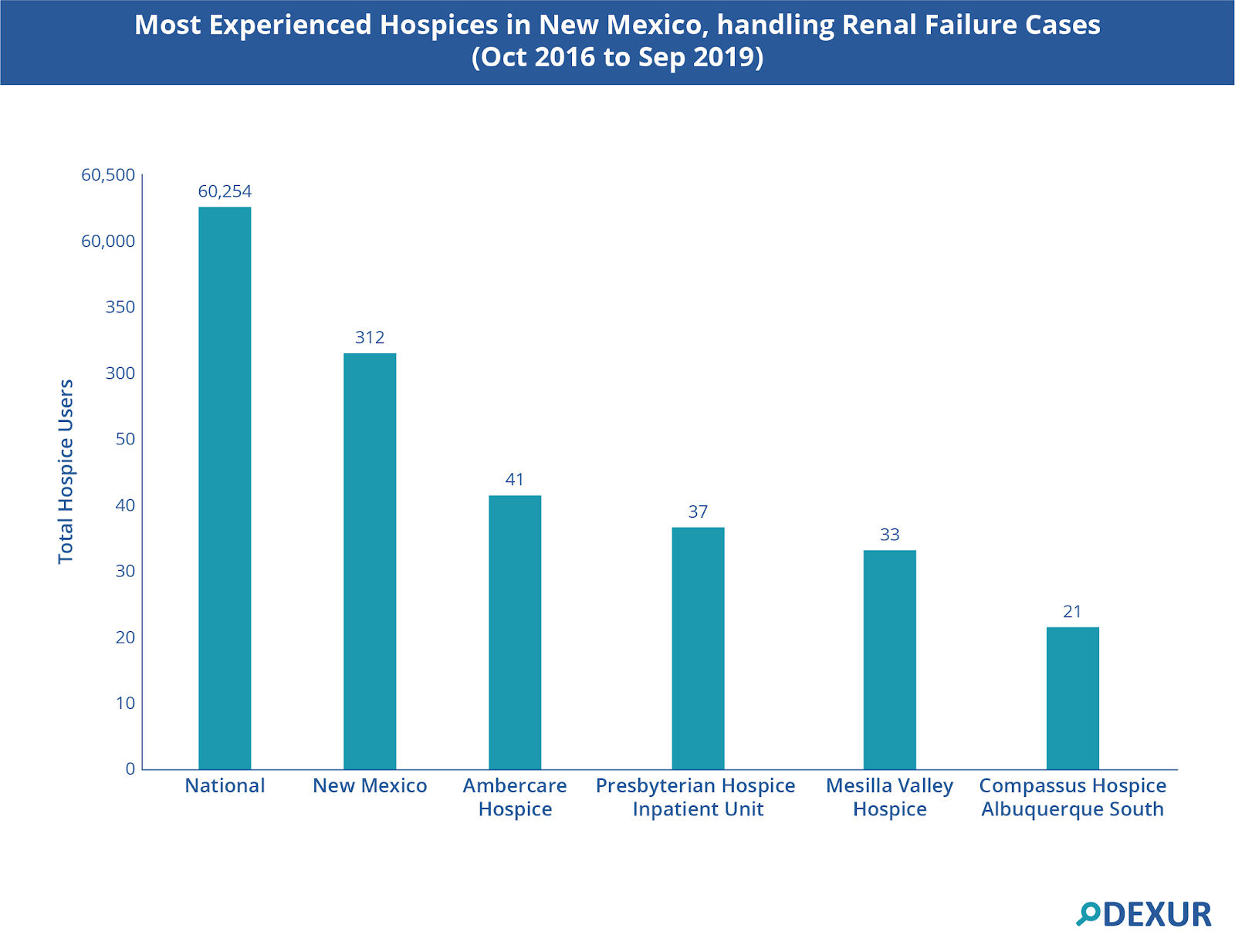 Chronic Kidney Disease (CKD) poses a major public health concern, worldwide. Medicare Claims data collected by Dexur indicated that from Oct 2016 to Sep 2019, hospices in the United States registered a count of 60,254 users owing to Renal Failure. For someone with kidney failure, managing comorbidities can be challenging. Therefore, early and timely planning of the appropriate palliative and hospice care program is essential to manage the complex needs of the patient. Dexur’s definitive report listed the most experienced hospices in New Mexico, handling patients diagnosed with end-stage Renal Failure. This information will be helpful for patients suffering from chronic kidney disease, to discuss end-of-life options, and prepare for palliative care. 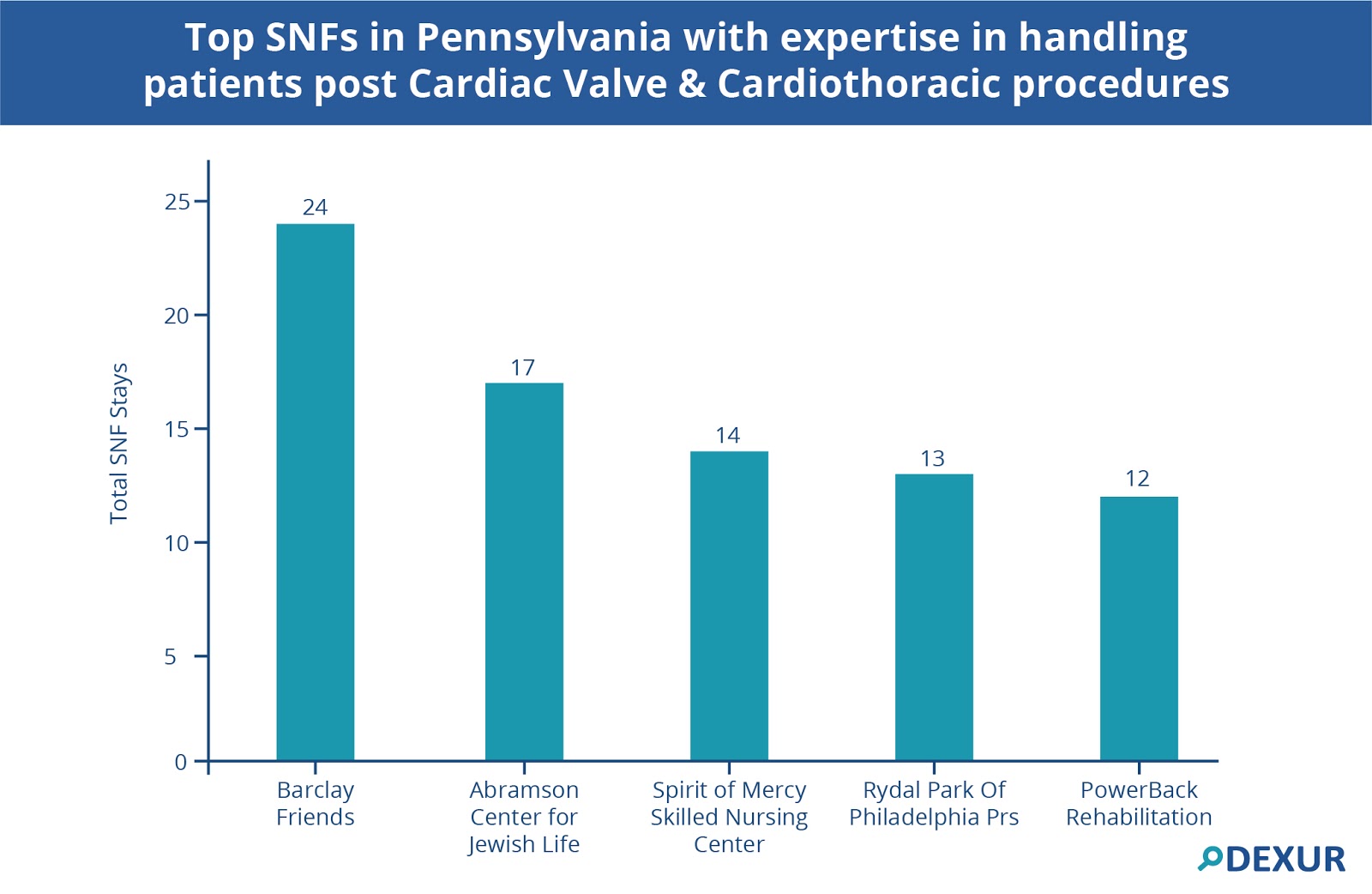 Dexur analyzed Medicare Claims data for the period between October 2016 and September 2019, to list the top-ranking skilled nursing facilities in Pennsylvania with respect to their experience in caring for patients recovering from Cardiac Valve & Cardiothoracic procedures. Our study reveals that with a total of 17 stays recorded over a period of three years, Abramson Center for Jewish Life ranks second in the state and 69th in the country for the medical condition. The facility records an average length of stay of 12.76 for the condition during this period, and the associated home discharge rate is 64.71. 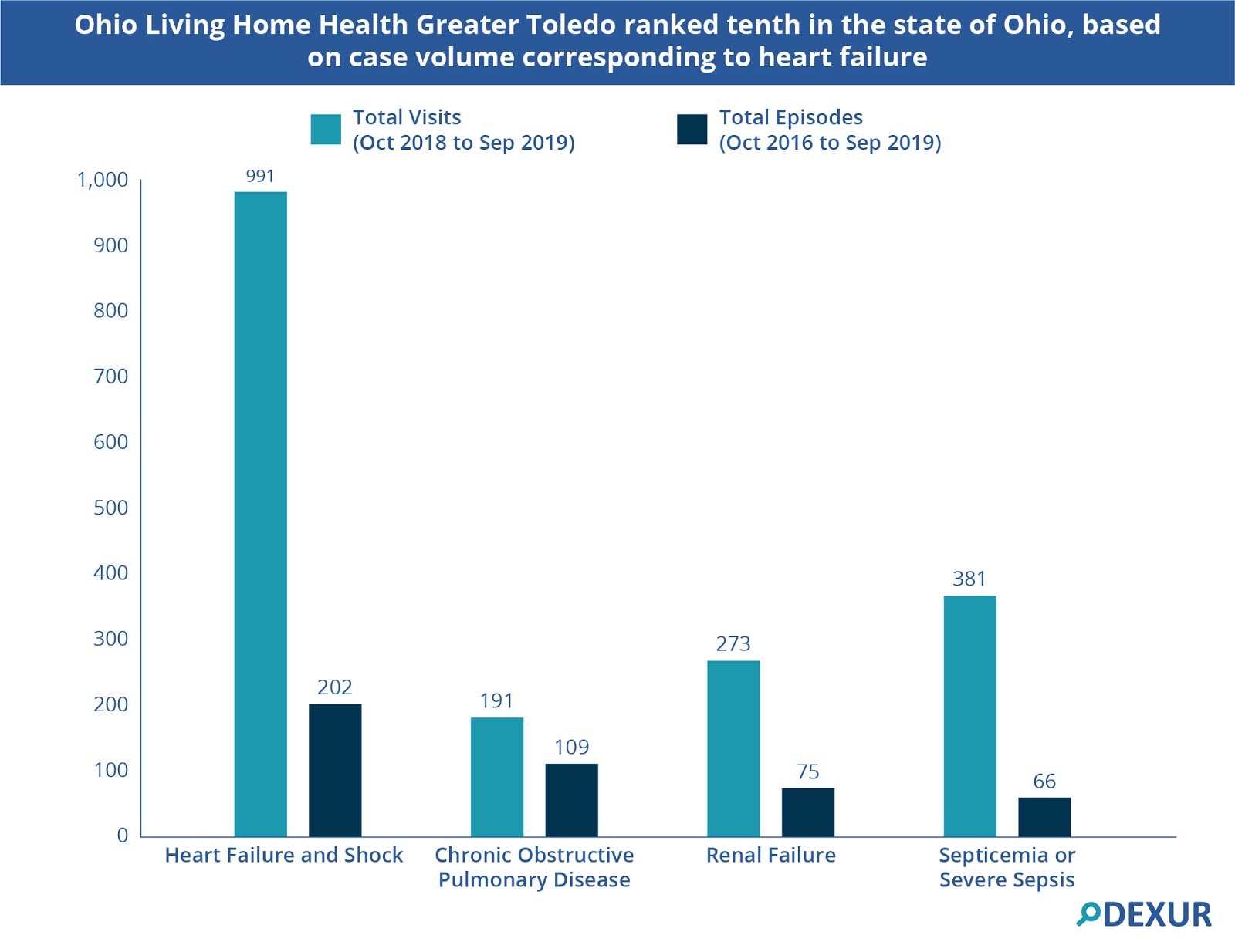 Dexur analysts studied Medicare Claims data for the period between October 2016 and September 2019 and released the list of top-ranking home health agencies in the U.S. Their analysis revealed that Ohio Living Home Health Greater Toledo ranked tenth in the state of Ohio, based on case volume associated with heart failure. During the period mentioned above, the agency witnessed 202 episodes corresponding to heart failure and shock, recording a total of 991 visits for the same, between October 2018 and September 2019 alone. This stands to show the facility’s expertise in handling patients diagnosed with heart failure. For the same period, the agency also fared well in terms of total episodes associated with other conditions, including COPD, Renal Failure, and Septicemia.