Florida Physicians Nguyen, Stolarski, and Humbert were 3 of the Top 5 Highest Volume U.S. Physicians for Hip and Knee Replacements between October 2015 and September 2016 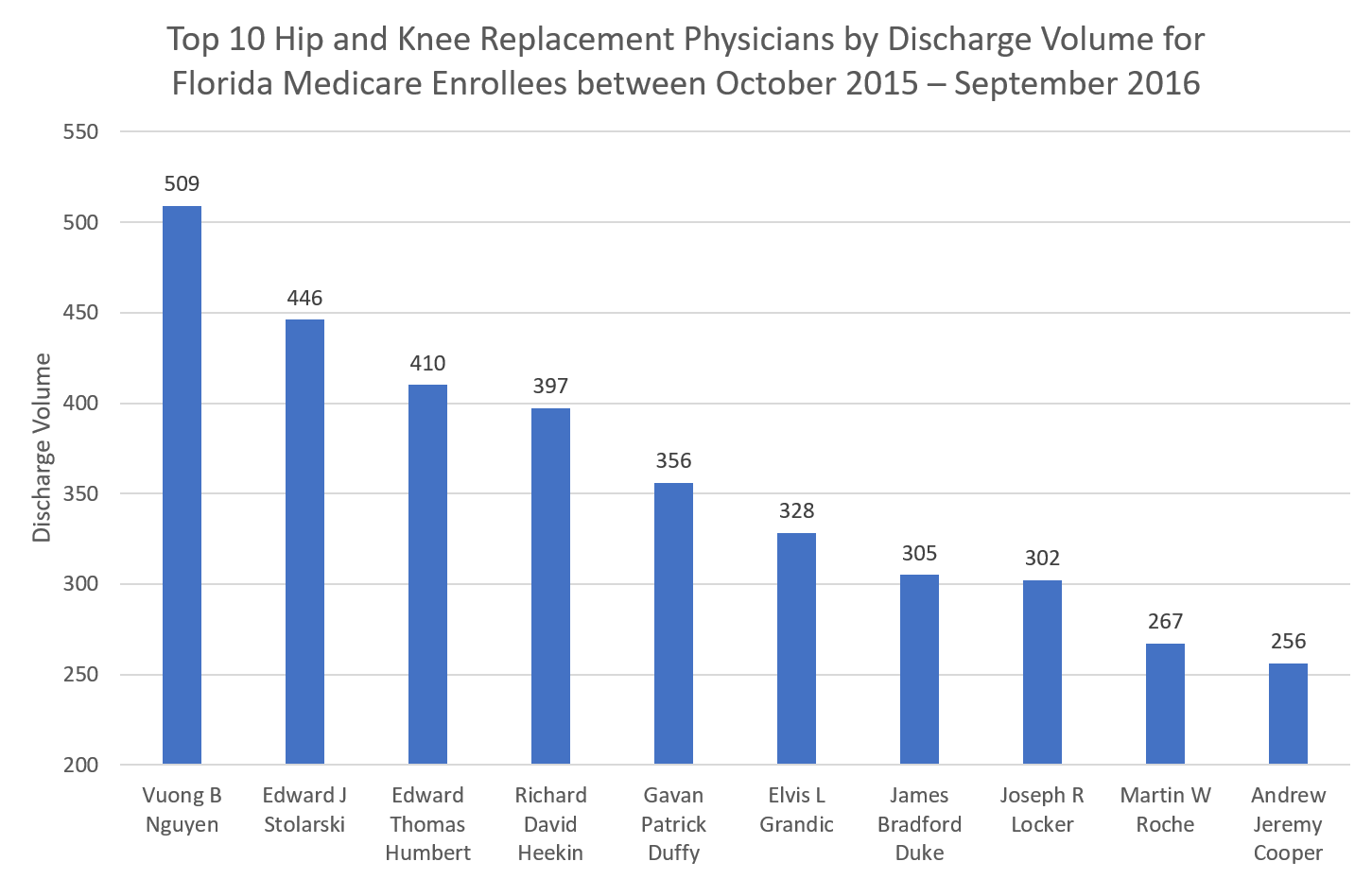 Hip and knee replacement discharge data was examined between October 2015 - September 2016. Physicians were included in the final rankings if 11 or more discharges were accounted for by the physician during the time period. 9,576 physicians met the criteria nationwide and 531 physicians met the criteria for Florida Medicare enrollees, specifically. After Dr. Humbert, the Florida physician ranking highest for U.S. Medicare enrollee hip and knee replacement discharge volume was Dr. Richard David Heekin of St. Vincent’s Medical Center - Riverside, whose 429 discharges placed the physician 11th in the national rankings.