Prolonged air leak (PAL) is defined as the abnormal passage of air between the pleural space and the bronchi/alveoli that persists for more than 5 days. It is a common cause of concern following pulmonary resection and is associated with increased morbidity, prolonged hospitalizations and increased cost of care. Conventional and surgical treatment options often deliver suboptimal results and require a longer stay at the hospital. Carried out via a minimally invasive bronchoscopic procedure, Endobronchial valve therapy offers a safe and cost-effective alternative in the management of PALs. It blocks the affected bronchus and restricts air flow to the area, thereby accelerating the closure of the leak and enabling a faster recovery.

The Spiration Valve System is the only FDA approved device indicated for the treatment of PAL following lobectomy, segmentectomy and Lung Volume Reduction Surgery (LVRS) under the humanitarian device exemption, and holds great potential for improving patient outcomes and hospital economics. After isolation of the air leak through systematic assessment, the airway is sized and the umbrella shaped one-way valve is deployed through the catheter. 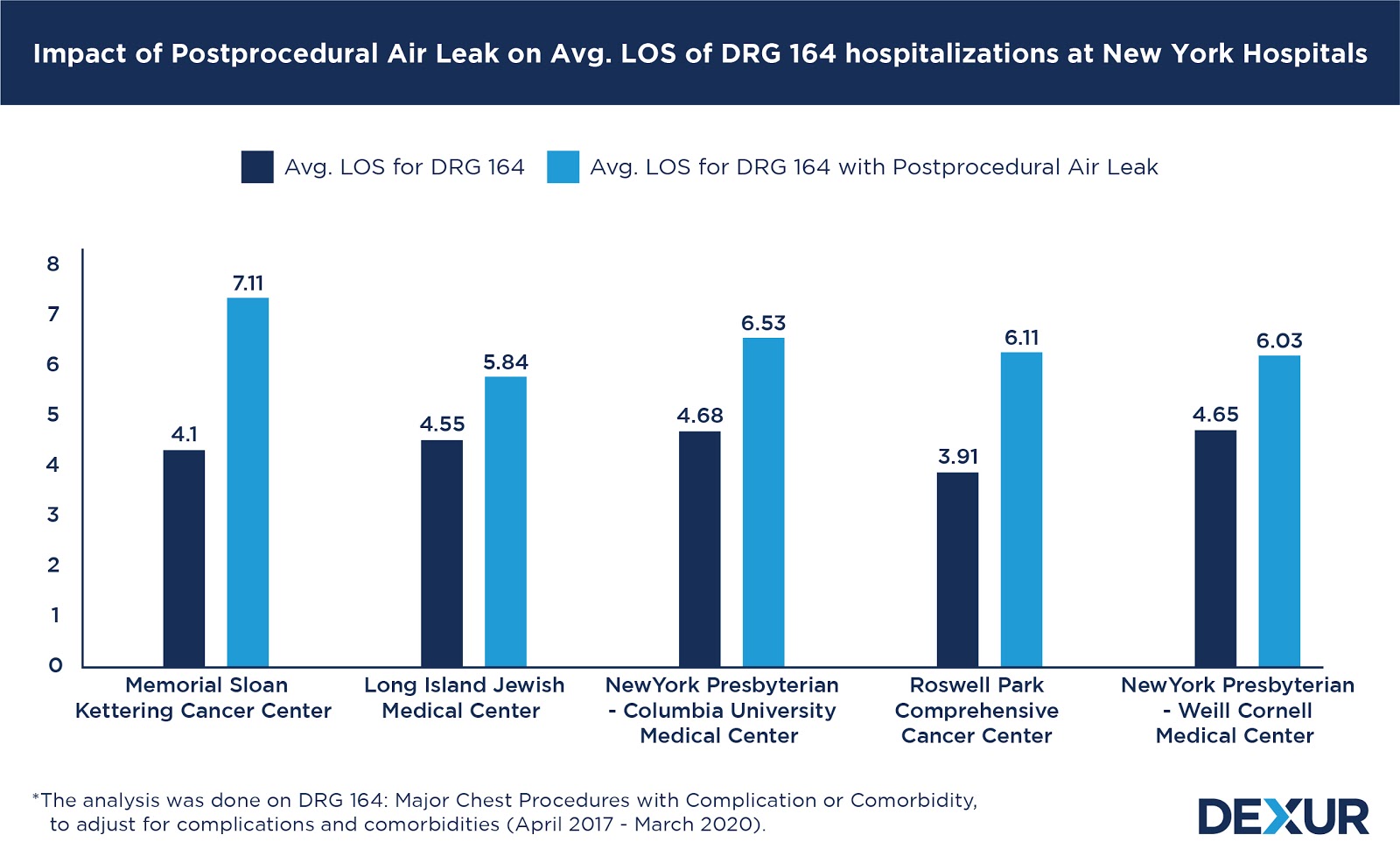 The difference in the length of stay for DRG 164 hospitalizations with and without postprocedural air leaks varied across the different hospitals, with the latter having a minimum 28 percent longer hospital stay compared to the former. The highest disparity was observed at Memorial Sloan Kettering Cancer Center, where DRG 164 hospitalizations with postprocedural air leaks had an extra 3.01 days of hospital stay on average.

Consequently, a difference was also observed in the payment per hospitalization for the two cohorts. However, the degree of difference in payments varied dramatically between the hospitals. While a 70 percent higher payment was observed for DRG 164 hospitalizations with postprocedural air leaks at Memorial Sloan Kettering Cancer Center, the difference in payment was as small as 2 percent at Long Island Jewish Medical Center - New Hyde Park and NewYork Presbyterian - Weill Cornell Medical Center.