Aortic Stenosis (AS) involves the narrowing of the aortic valve that results in obstructed blood flow. It is one of the most common valvular heart diseases and causes symptoms like shortness of breath, chest pain, fatigue, or lightheadedness as it progresses to more severe stages. In the absence of any therapeutic treatments for the condition, regular monitoring and evaluation is followed for AS of mild to moderate severity, while valve replacement is required in the severe cases.

Surgical aortic valve replacement (SAVR) was considered the standard treatment for severe symptomatic AS for a long time. However, in the last decade, transcatheter aortic valve replacement (TAVR) systems have emerged as a viable alternative to SAVR and not just in high risk surgery patients. Edwards Sapien 3 Transcatheter Heart Valve System and Sapien 3 Ultra Transcatheter Heart Valve System are two such heart valve systems approved for the treatment of patients with severe symptomatic Aortic Stenosis. In addition to this, it is also indicated for use in patients with a failing surgical or transcatherter aortic valve bioprosthetic or surgical mitral valve bioprosthetic who are deemed to be at high risk for an open heart surgery. Made of bovine pericardium tissue (zooplastic tissue valve), the unique design of the valves enables easy coronary access for any procedures that the patient might require post-TAVR. In comparison to SAVR, the less invasive procedure involved in the implantation of the valve enables a faster recovery and shorter hospital stay, and proposes to reduce mortality and rehospitalizations due to stroke, heart failure and other complications related to the procedure especially in low risk patients. 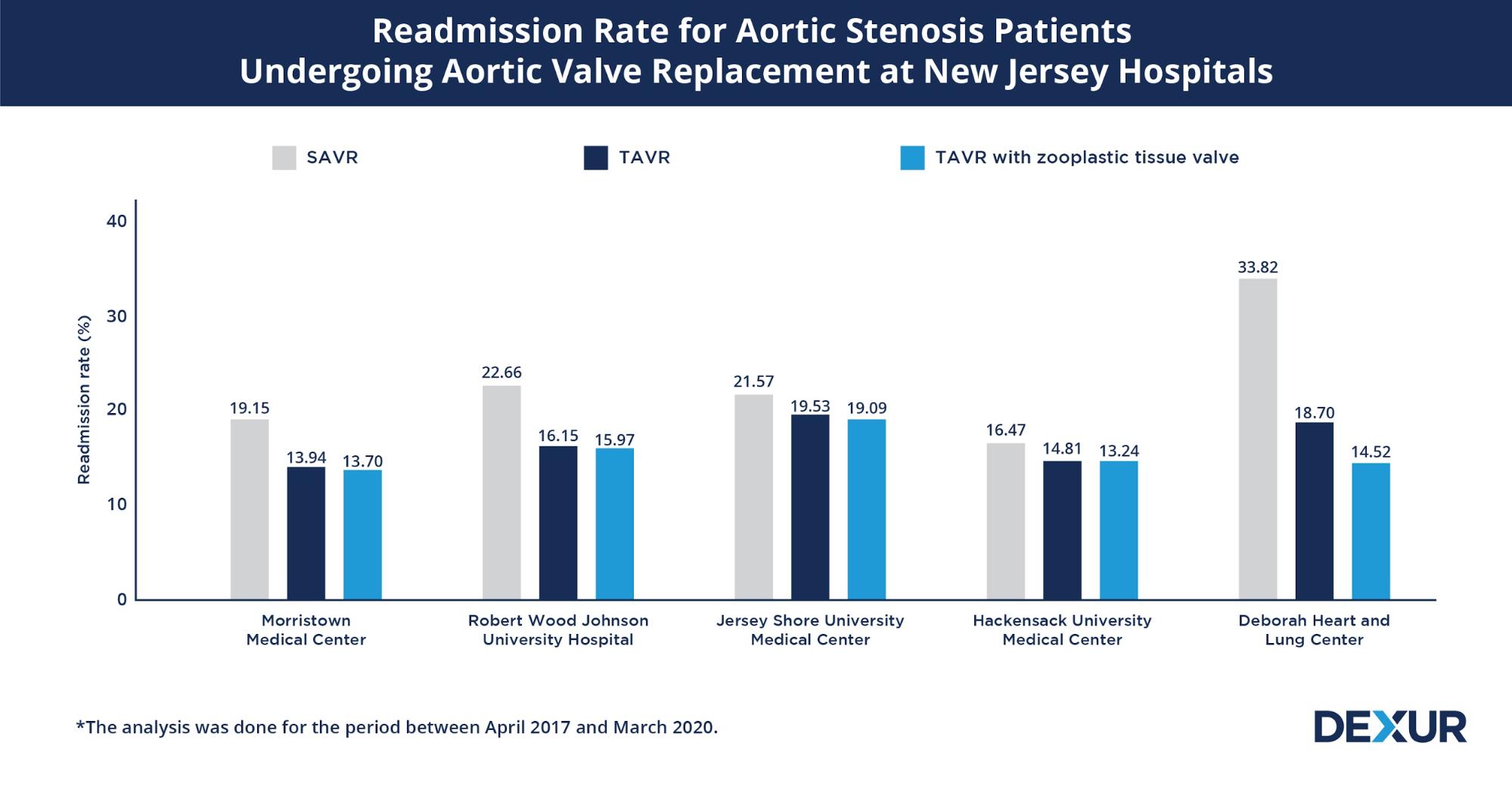 Readmission rates serve as a good proxy for assessing the occurrence of adverse events associated with a procedure. The readmission rates post aortic valve replacement surgeries varied between 13% to 39% among the hospitals considered. The proportion of readmissions associated with SAVR was significantly higher compared to TAVR, wherein the readmission rates corresponding to zooplastic tissue valves were further noted to be marginally lower. However, the total number of deaths observed within a 30 day period for all three cohorts was observed to be less than or equal to 11 at the five hospitals. 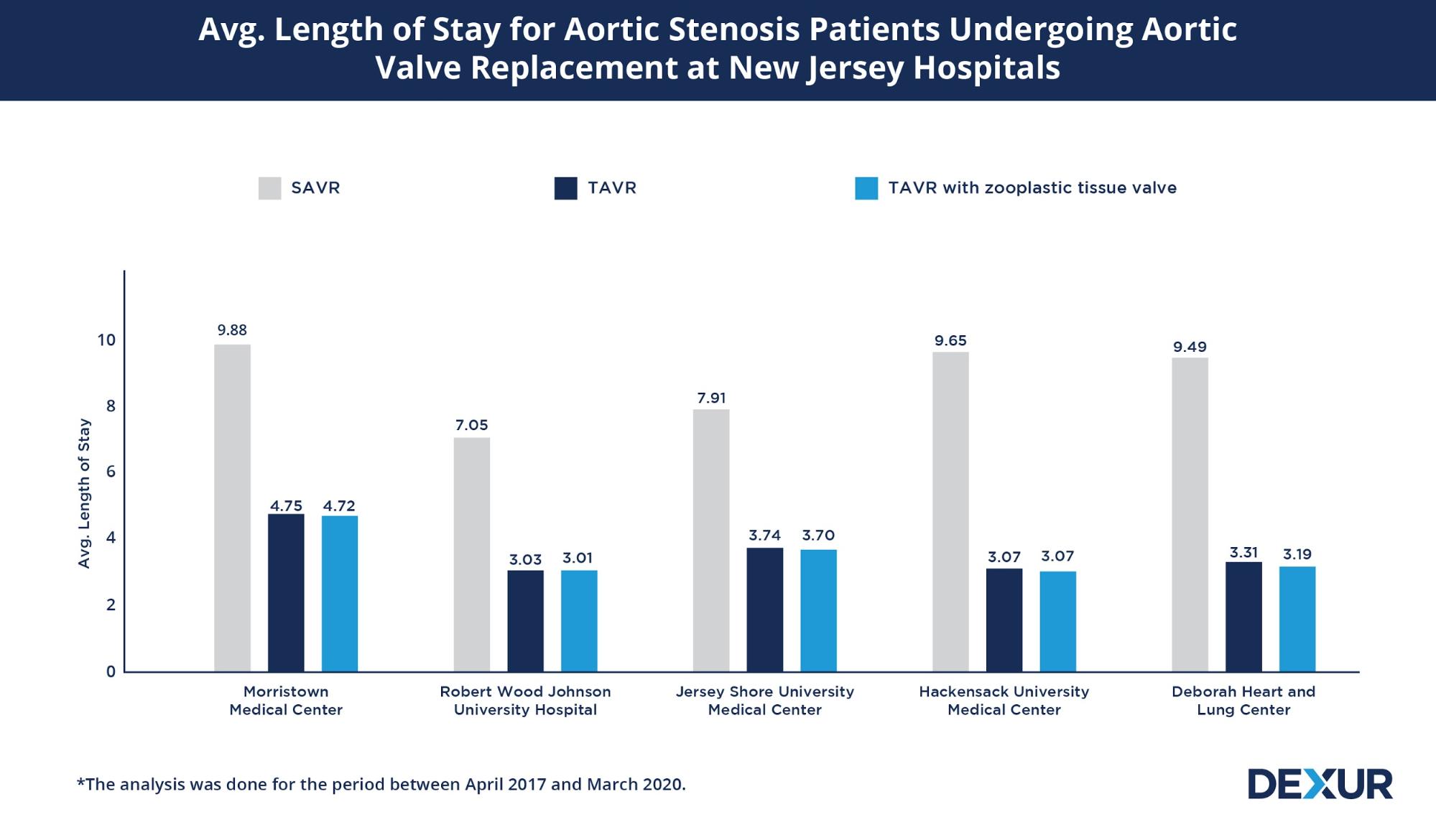 The minimally invasive approach of TAVR, enables a faster recovery and discharge to home compared to SAVR. While the average length of stay for aortic stenosis patients who had undergone SAVR was between 7 to 9 days, the hospital stay was shorter by almost half (3-4 days) for patients who underwent TAVR . The average length of stay was noted to be more or less the same for TAVR involving zooplastic tissue valves.

* The following ICD-10-CM Procedure codes were considered for the purpose of the study: