As shown on the Dexur data in the article posted here, opioid abuse is a national epidemic, however there is a notable regional variation in severity. In our initial article, we framed the metric by state but when we analyze the same statistic by county, we see even greater variation from the norm. The counties with the ten highest opioid abuse hospitalization rates are given in the table below.

Although neither Kentucky nor Tennessee fell within the top five highest states for opioid abuse hospitalization rate, these states each had multiple counties with a rate within the top 10 highest counties nationwide. Tennessee, with a state rate of 0.61%, saw 3 of its counties land in the top 10, with Lewis County accounting for the third highest rate out of any U.S. county at 3.5%. Kentucky had a rate of 0.53% and four Kentucky counties were in the top 10 for the metric. Perry County in Kentucky led all U.S. counties in opioid abuse hospitalization rate at 5.88%. As the maps below indicate, the high opioid abuse is in a concentrated area for both Kentucky and Tennessee.

Butte County, California and Muskegon County, Michigan, had the highest Medicare enrollment numbers out of the top 10 states with the highest opioid abuse hospitalization rates by a large margin. With 47,027 Butte County residents enrolled in Medicare during the analyzed time period and 22,003 Muskegon County residents enrolled, these two counties were the only two to fall in the top 10 for opioid abuse hospitalization rate and to do so with a Medicare population of over 20,000 enrollees. 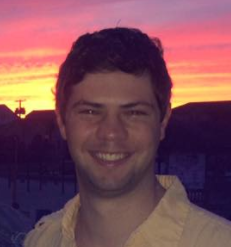