Sepsis is an acute response that the body has towards an infection. A lack of timely treatment can lead to severe complications such as organ failure and tissue damage. Initially, sepsis results in rapid deoxygenation of blood, resulting in the dropping of SvO2 and SvCO2 values in the body. Fluid resuscitation assists in supplying oxygen and improving blood flow in the body. Administration of fluids is an important process in treating Sepsis, but this has to be done in an optimal manner. An aggressive fluid resuscitation approach runs the risk of organ failure. This is being replaced with hemodynamically guided fluid therapy.

Hemodynamics monitoring plays a key role in treating and managing sepsis since the treatment differs from person to person, depending on the patient’s hemodynamic picture. Septic shock involves a greater risk of death when compared to sepsis alone. It is an acute cellular and metabolic abnormality, which requires management of respiratory and cardiocirculatory dysfunction. This study also states that hemodynamic management during the initial stages of treatment can have a remarkable effect on lowering the mortality of patients with sepsis. 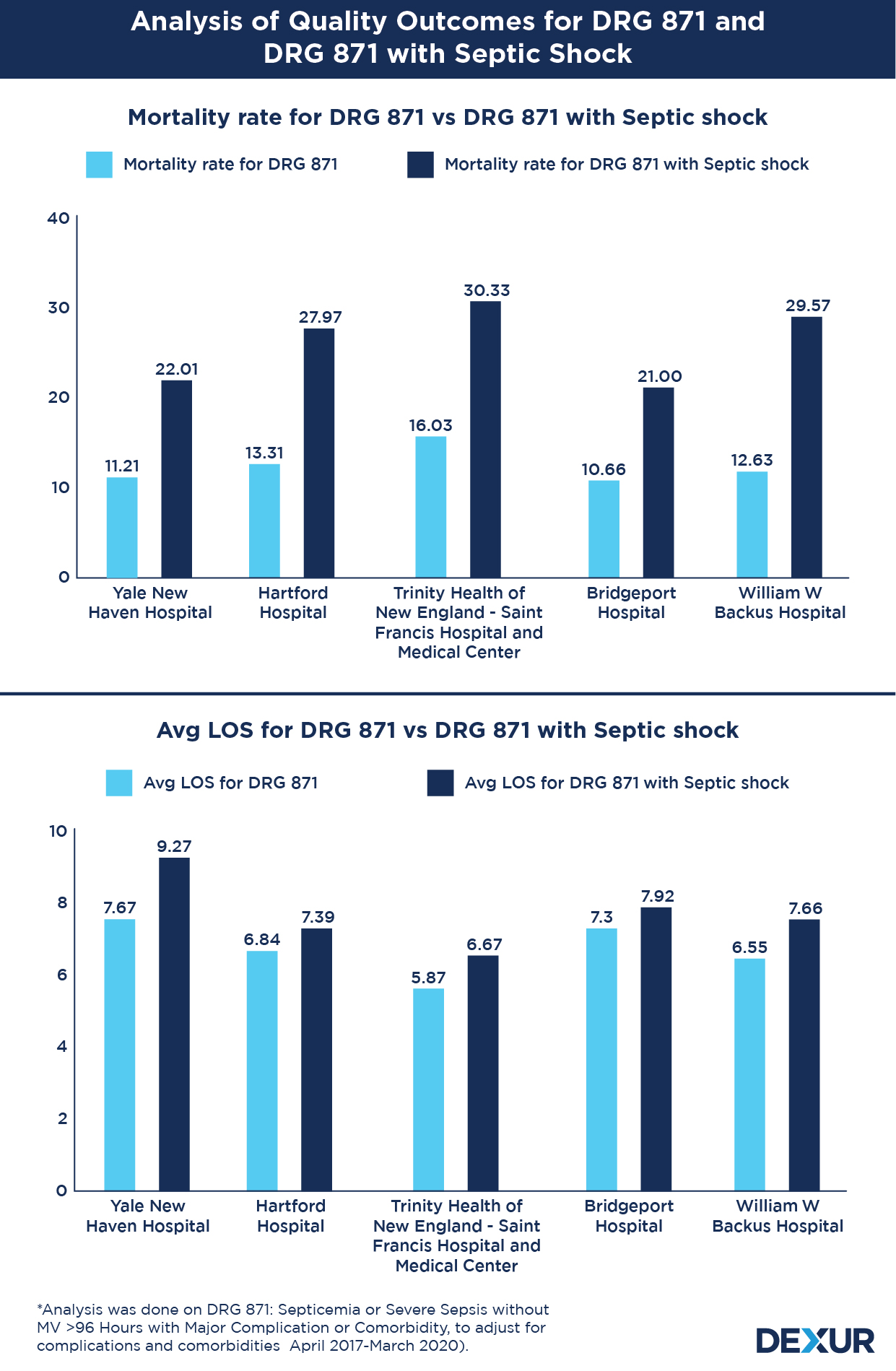 Alongside diagnosis and early therapy, management and treatment of septic shock may take weeks. During this time hemodynamic management uses parameters that include fluid responsiveness and intravascular volume status. The evaluation of the hemodynamic status of the patient is crucial in deciding the various therapeutic options to restore tissue perfusion.

LiDCO Rapid is one such hemodynamic monitoring system that analyzes BP and provides essential information during surgeries and in critically ill patients. This further assists in drug and fluid management. Its ability to manage fluid administrations decreases morbidity and mortality in sepsis. Research also suggests that its hemodynamic monitoring system has reduced the “observed mortality rate to 13% in invasively monitored groups and 30% in unmonitored groups”.

To understand the need for advanced Hemodynamic management systems in hospitals, Dexur analyzed Medicare claims data (April 2017- March 2020) on sepsis patients who had major complications or comorbidities but did not require 96+ hours of mechanical ventilation (DRG 871) and Severe Sepsis with Septic Shock (DRG 871 with R6521) in five major hospitals in Connecticut. The data represented above clearly indicates that the mortality rate and LOS among hospitalizations with Severe Sepsis/Septic Shock is quite high, even when compared to Sepsis. Trinity Health of New England has a higher rate of mortality among the hospitals considered in this study, in Connecticut at 30.33. In terms of Average LOS, Yale New Haven sees a longer length of stay at 9.27, when compared to the other hospitals considered in the study.