The use of customized individually made (CIM) implants in hip and knee replacements have been associated with better patient satisfaction as well as improved hospital outcomes compared to conventional implants. 3D models of the joint created by utilising multiple CT scans, allow the creation of implants that perfectly fit the patient’s specific joint anatomy, thereby eliminating the need for adjustments during the procedure common in over the shelf implants. Apart from improving patient experience through better alignment, bone coverage, bone preservation, and range of motion, the use of these implants also have the potential to positively impact hospital metrics including length of stay, readmission rate and direct to home discharges. A 2019 study estimates that a 90 % adoption rate of CIM implants in knee replacement procedures by 2026, can reduce the number of readmissions and surgeries by 62% and 39% respectively and cut down healthcare costs by $38 billion approximately.

Designed as per the unique size and shape of the patient’s joint, the customized knee and hip replacement systems by Conformis, coupled with their patient specific instrumentation holds great potential in this context. The personalized components help avoid sizing compromises, enabling better accuracy and efficiency of the procedure.

To better understand the burden of Hip and Knee Replacement surgeries on the health system, and assess the scope of innovative technologies such as customized implants in improving the surgery outcomes, Dexur analyzed Medicare inpatient hospitalization claims for DRG 470: Major Hip and Knee Joint Replacement or Reattachment of Lower Extremity without MCC, at five major New York hospitals between Apr 2017 and Mar 2020. The study tracks the patient’s episode of care for a period of 90 days from admission, including post acute care involvement and rehospitalizations during the period.

There was a wide disparity in the total cost of care for hip and knee replacement procedures at the hospitals, ranging between $23,568 at St. Francis Hospital Roslyn to $32,693 at NYU Langone's Tisch Hospital. 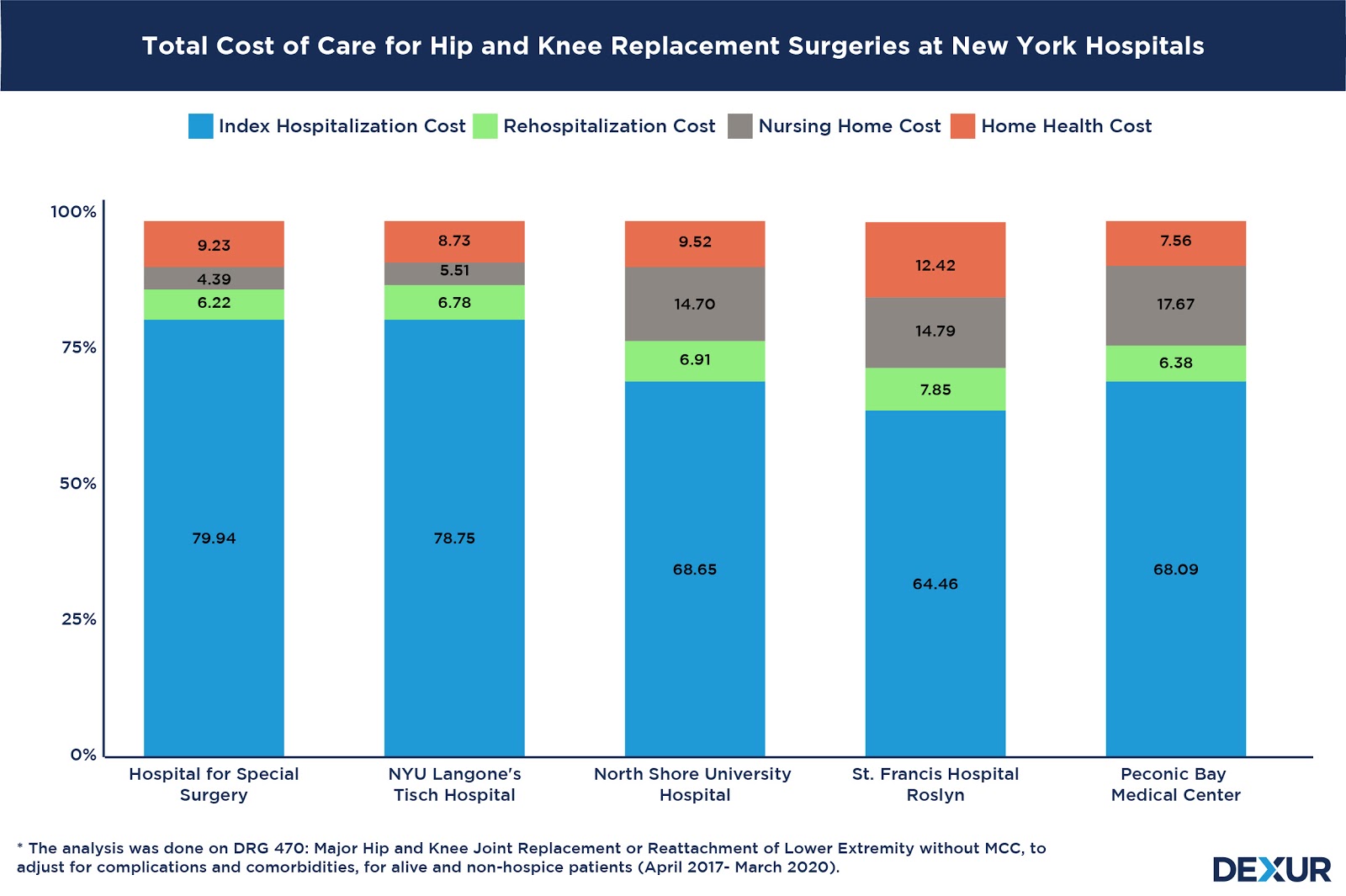 The index hospitalization cost accounted for the largest share of the total cost (between 64 to 80%), followed by varying proportions of nursing home costs and home health costs across the hospitals. While nursing home costs accounted for a higher percentage of the total cost of care compared to home health costs at North Shore University Hospital, St. Francis Hospital Roslyn and Peconic Bay Medical Center, the converse was true for Hospital for Special Surgery and NYU Langone's Tisch Hospital. Meanwhile, Rehospitalization costs contributed between 6 to 8 percent of the total costs. 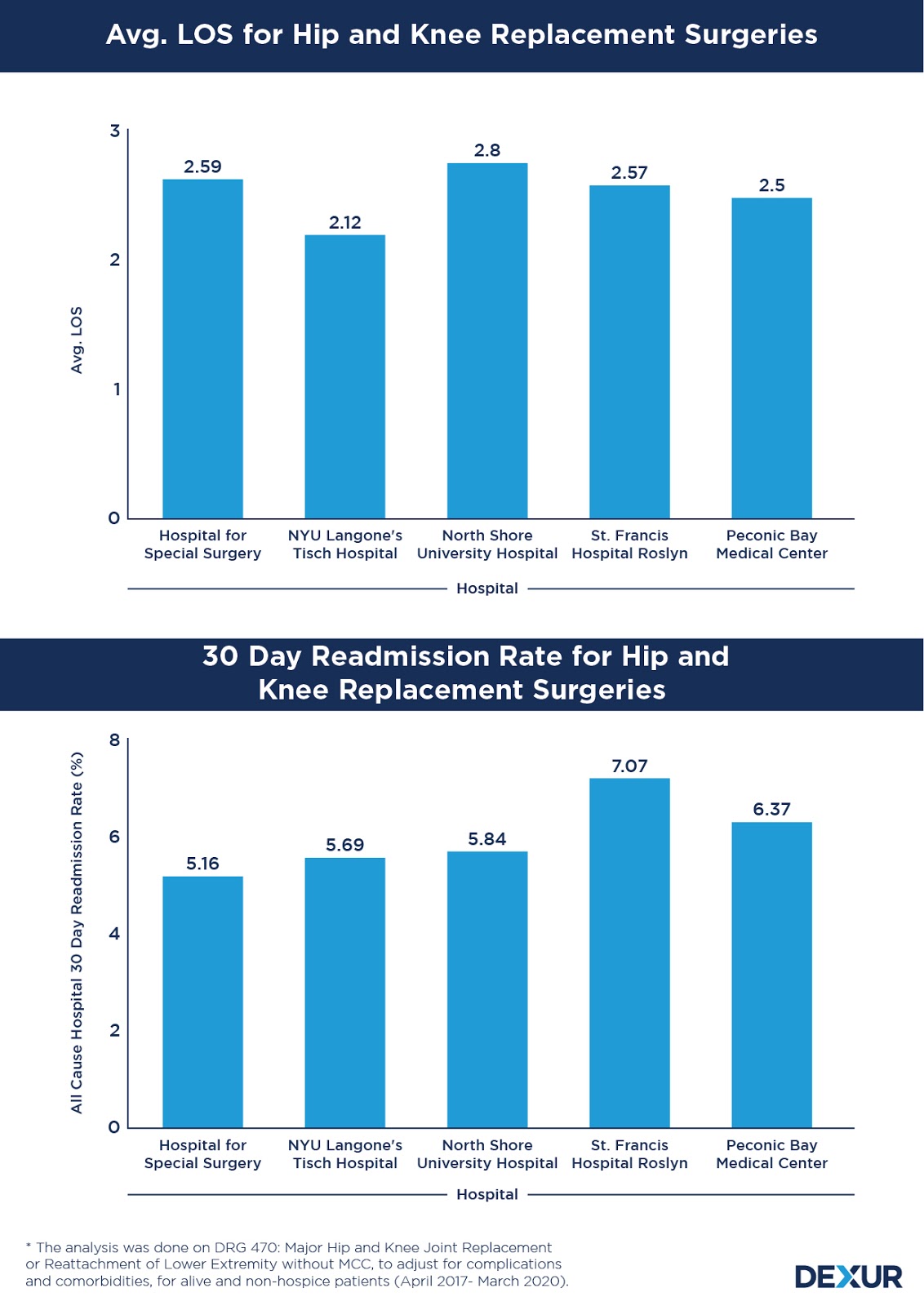 The average length of stay varied marginally, with NYU Langone's Tisch Hospital having the shortest LOS at 2.12 days and North Shore University Hospital with the longest at 2.8 days. The 30-day readmission rates, which is a good indicator of the quality of care and the occurrence of adverse events, ranged between 5.16% at Hospital for Special Surgery and 7.07% at St. Francis Hospital Roslyn. 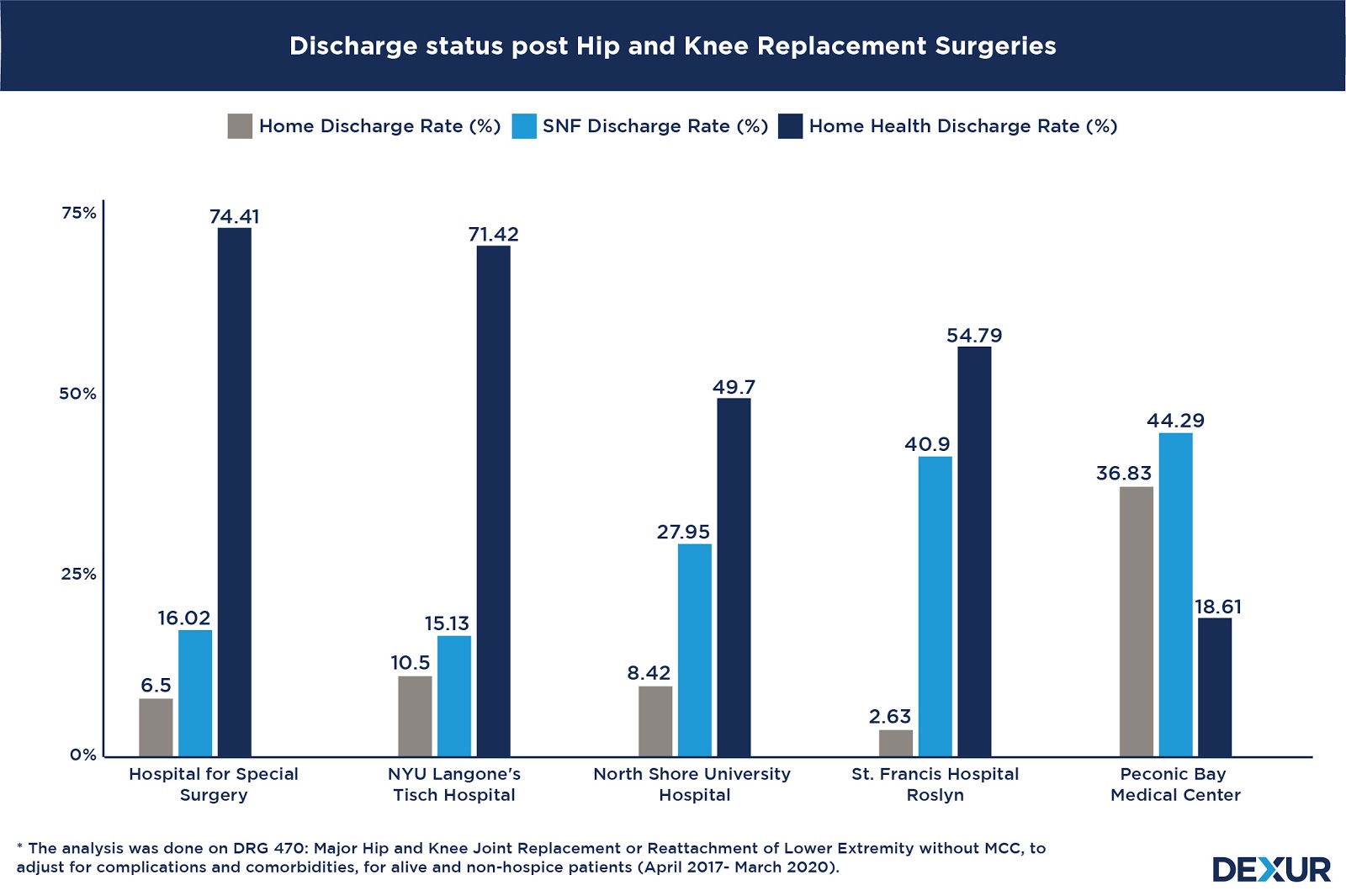 Use of CIM implants offers the potential to reduce patient discharges to nursing homes and rehabilitation centers and enable more home discharges, which can aid in cutting down the total cost of care significantly.